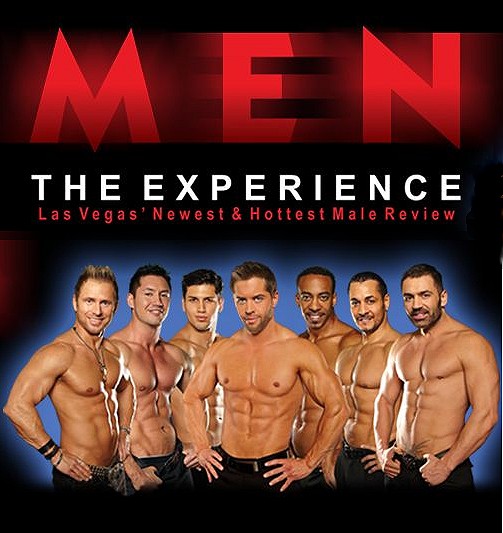 Let me first start off by saying that I have never been to a show of this type. I suppose Magic Mike ruined all women for the male seduction show. After all, we get it in our mind that these guys are going to come out dance stars and not only that but also woo us in a way that no man ever has. So let’s just say high expectations tend to lead to disappointment when men are concerned and this was no different.

As for skill, these boys had what it takes. Of the five that preformed the night we attended, four of them were very good at what I like to call club dancing. Nothing to exotic and traditional can be found in their routine. However they did a fantastic job with It’s Raining Men which is the ultimate classic you expect but with a more modern spin.

Now just because the boys were more hood rat 2015 in their style does not mean that they lacked the moves in any way. Being in my later 30s, I was familiar with this style of bump and grind as it wasn’t too long ago I was still apart of that scene. It can most definitely be an effective way to raise the heart rate of the women in the audience, gain a few mouth drops and even create some heat down below. In fact I will go as far as to say a few of the sections were very seductive and well enough to make me cock my head to the side. It is a real you have to see it to feel it. If you get my drift.

The men did include a funny dating show opening to one of the scenes which was a nice change from the just continued music and dance. It gives us a moment to recoup and laugh and even gives the guys a more obtainable appearance rather than male gods who just take their clothes off for a living. Funny how humor changes things, isn’t it?

There was the disappointing aspect of being slightly passed by even though my friend and I paid for the reserved “prime” seating. Then again we are the older, thicker crowd that just are not as appealing at the 20 year old in a tight skirt. Looking at it another way though, I am not sure at this stage in my life how I would have reacted had they had stopped by to interact physically. I think I would have been a bit embarrassed had one of the performers grabbed my hands and placed them on body like they did with the younger crowd. Is it possible that these guys understand that a more mature crowd prefers the look but not touch routine? We may never know.

However we were told by the man that sat us that the dancers would in fact stop at our table. Again that failed to happen and left us frowning at the end of the night. 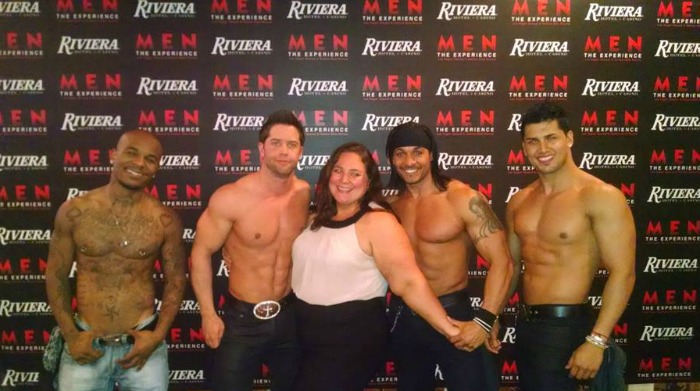 I will say though the guys or at least one, aka “Mr. Hottie” did try to make up for the lack of show response when we met with the guys after the show for a little photo opp. He was very talkative and politely touchy feely. Nothing too off the wall to make a gal like me feel out of place. For that I will say thank you long haired man god and good luck to you in your career as a male stripper/performer/seduction expert.

For those of you who did not know, all of the shows at the Riveria that we have seen so far offer these personal meet and greets at no additional cost after the show. It is a great way to provide your fast feedback, shake their hand and get a cool photo to send out to all of your friends via social media. Seriously, what happens in Vegas, goes on Facebook. Nothing is private anymore.

Since being here, we have seen the show announce on Twitter that they are going on hiatus starting the 14th of this month. I am sad to see them go as I know they were a newer show and well everything in life is a learning experience. While they were not the best show I have seen in my years as a travel writer, they were by far not the worst. The group we saw preform, were all talented young men with bright futures ahead even if that future will eventually lead them to bringing wetness to panties all around the world.

Get your tickets now for Sept 12th and 13th or you just might miss Men the Experience, mentheexperience.com.

Disclosure: All opinions seen in this publication are those of the writer and may differ from your own. MomtoBedby8.com may have receive product or payment as a condition of this publication. No purchase necessary. Void where prohibited by law. Sponsor is responsible for prize fulfillment and shipment to the winner. This sweepstakes is in no way associated with, sponsored, administered or endorsed by Facebook, Twitter, Google, Pinterest or any other social media network. The disclosure is done in accordance with the Federal Trade Commission 10 CFR, Part 255 Guides Concerning the use of Endorsements and Testimonials in Advertising. For questions or to have your product featured on Mom to Bed by 8, email Teri at [email protected]