With Comicpalooza just around the corner, Houston is gathering together for one seriously wicked cosplay event over Memorial Day weekend. For a little pre-show, I sat down to chat with famed cosplay personality, Lana Marie. Here is the skinny on how she got started, where she is headed and words of advice for those looking to join the cosplay ranks. 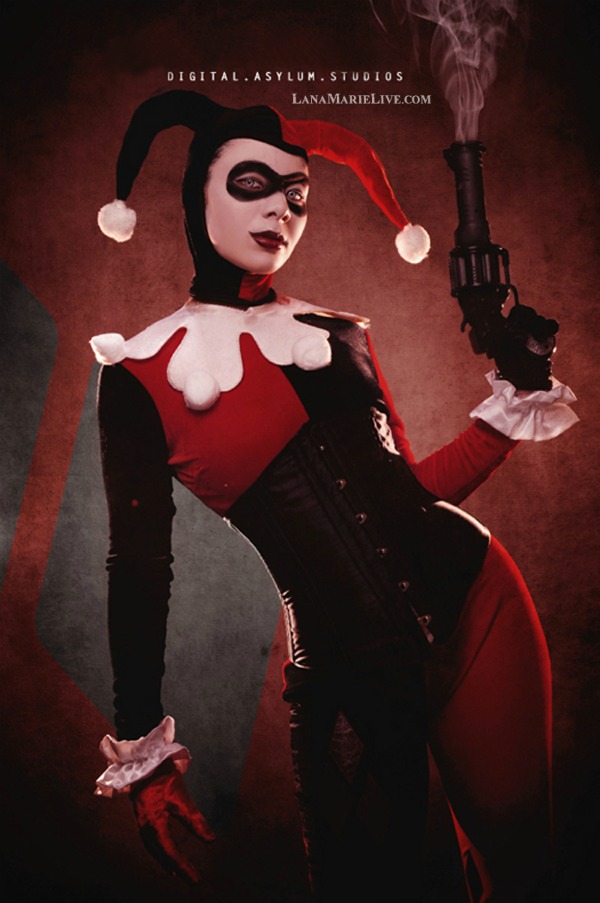 Me: How did you get started in cosplay?

Lana Marie: Just like with any kid you had Halloween, I didn’t have much to do. So I tried to do as many creative things as I could. Later on through my acting and modeling, people that were like you are doing these themed photoshoots, you should try cosplay. I asked, “What in the world is that?” They told me about anime conventions and video game tournaments. I was like, where have I been. Then, I started going to the conventions and doing more cosplay. From there, I didn’t stop.

Me: Of all the character you have portrayed, which are your favorite?

Lana Marie: That’s so hard. All of them, I wouldn’t do it if they weren’t. I lean towards villains and video game characters. I love to do my anime characters and movies. I even have done Selene and Leeloo. Mortal Kombat is one of my favorite video games. Even though it is crazy it is violent and I am not in to violent things. But there is something about the game, I don’t know if it is the designing or what but I love playing that game. 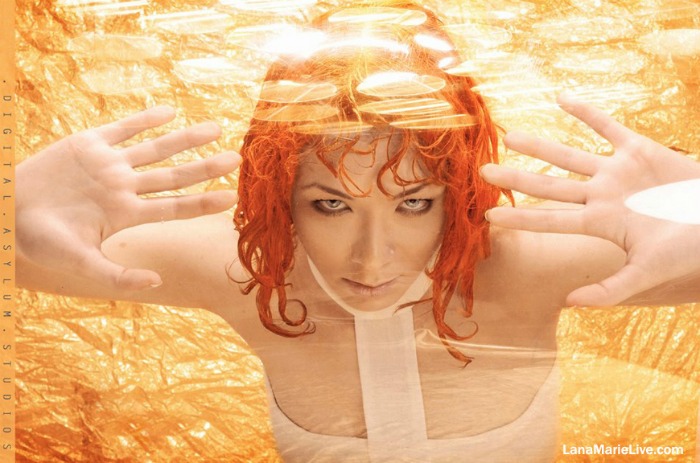 Me: Do you make all of your own costumes?

Me: How much times goes in to creating them from start to finish.

Lana Marie: Some costumes can take me a week, some take me a month. Depending on how busy I get, I’ve had a costume take me almost a year. Where I have had to work on it on and off, because I usually plan it out and I research as much about it. I mean I am already a fan of it but I research as much as I can about this character. I will research what I am missing about this character. I will even get in my nerd zone and play a game or listen to music related to the character while I am working. Then, I will draw out the patterns or find one that I already have. Then alter them to where they are more like the character or I am change it up a bit to fit my personal style or be more conservative since there are children at the convention. You don’t want to show all of that. Since a lot of heros in video games show a lot.

Me: Have you always been conservative in nature?

Lana Marie: Pretty much. Sometimes I will try to do what the character actually looks like but sometimes I will save that for the photoshoot. When I am at the conventions, I will keep in mind that there are children present. I will try anyway. 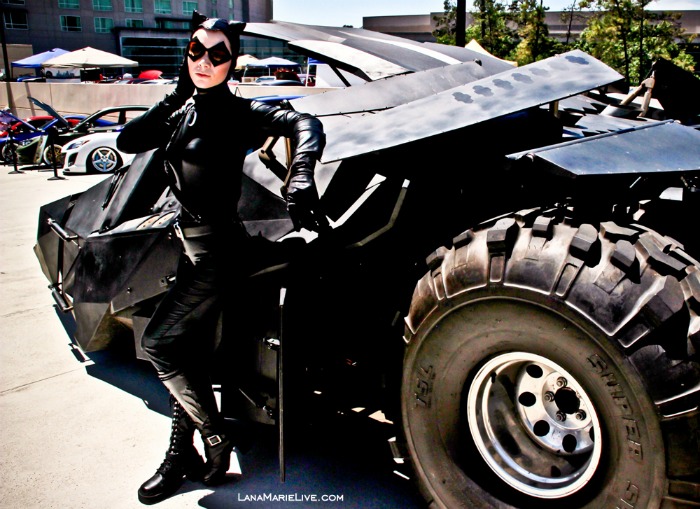 Me: What are some of the things that inspire you when you are considering a new cosplay?

Lana Marie: I fall in love with the character. For example you have Mortal Kombat X and as soon as they introduced Mileena, I was just in love with her new costumes, they gave her. She was already a character I liked because I like pretty much all of the characters from that game. They have a lot of characters. Especially the female ninjas, I really pay attention to and I have played as every since I was little. I just fall in love with the costume and the character. Like I use to always do catwoman. I use to me more known for my Catwoman and my Kitana at conventions. Because I would wear that one for the longest time but I was still in the learning process of how to make costumes. So I wore those the majority of the time.

Me: On topic with Mortal Kombat, did you already have martial arts training or is this something you went into after cosplay?

Lana Marie: Since I was doing acting, I ran into this stunt guy in the middle of it. It was something I wanted to do since I was little. Doing stunts or martial arts, learning as many forms as I could. I never had the chance to till I was in college. It kind of happened around the same time. I was starting to do more guest appearances at the conventions and meeting more people in acting. 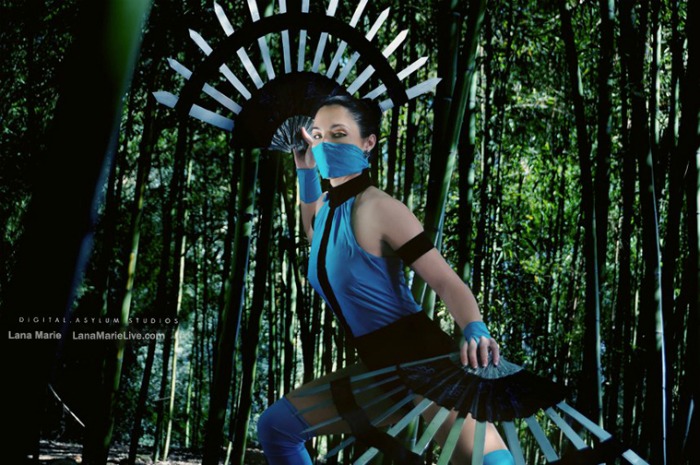 Me: Which cons have you attended in the past?

Lana Marie: The first one was Anime Matsuri, they had me as a guest. I would go to their events at Planet Zero when it was still around. From there, I would go to different video game tournaments like Texas Showdown Houston. There have been other events, mini cosplay things. Comicpalooza, I have been a guest for since the beginning. The Dallas Comic Book show. Sporadically, different Texas cons and a few out of state for a some comic book artists.

Me: How about your fans? Do you have any strange or memorable moments? 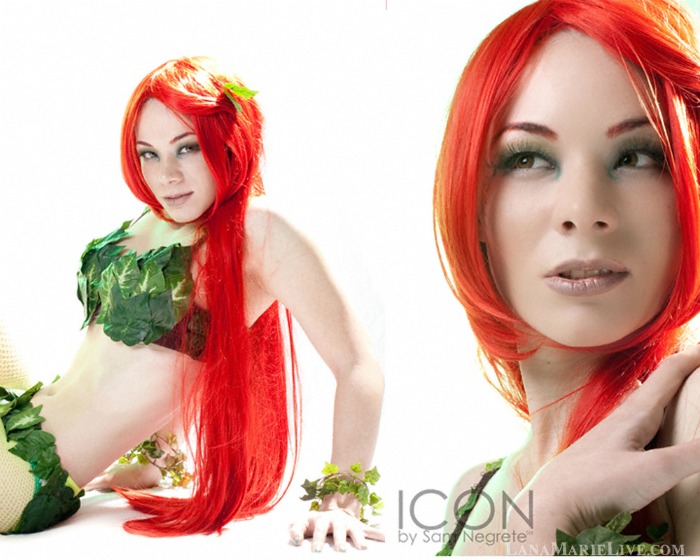 Me: How do your friends and family feel about you doing cosplay?

Lana Marie: They’ve been pretty supportive. They’ve had to follow me with my acting already, so that was already kind of a trip for them. Then when I got in cosplay, it flowed in the same direction. They want to see what else I come up with. They want to see what my new thing is. They seem get excited about what costume I am working on next.

Me: What are some recent gigs you have done?

Lana Marie: I took a personal break for family. The last film pretty much had me fall in love with Austin, TX. They filmed me in a move called Dreamtime. I’m not sure what happened to the production. I was one of the lead actors and they filmed it in Austin. I was down here and got to see a lot of the different areas. Austin has a bit of a film section here and I wanted to try out living here. I have focused mostly on family and cosplay. It got consumed in those areas for a bit and I am trying to go back to it now.

Me: What events do you have coming up? Where can we find you?

Lana Marie: Right now, I am working on Texas Showdown and there are a few others we are working out the details. I will be around somewhere at Comicpalooza. It’s a very busy time. 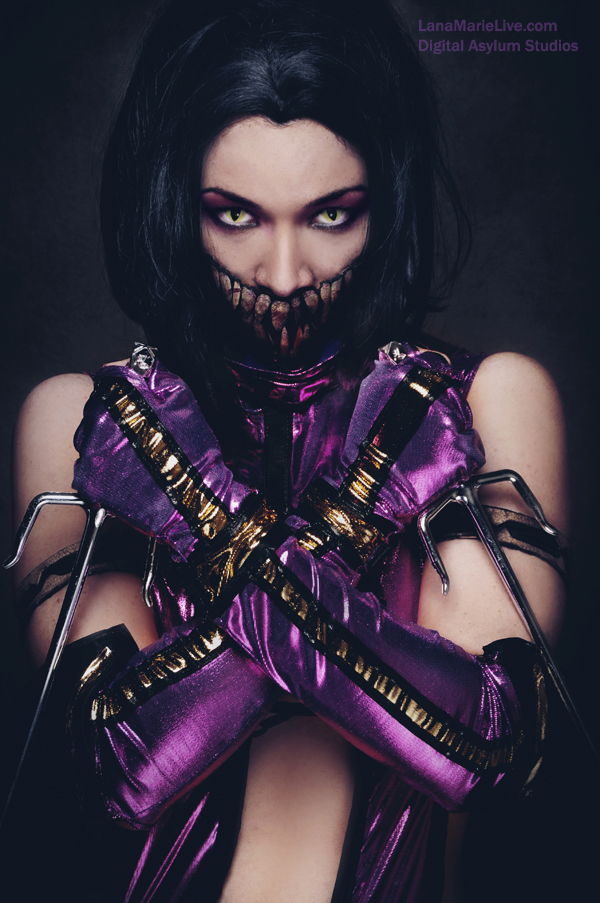 Me: As far as costumes go, what are you working on now?

Lana Marie: I am working on some Mortal Kombat X characters. I will reveal one of them. I will be working on Mileena from Mortal Kombat X. The T1000 from the original Terminator movies with James Cameron, a female version. I am trying to rework my Iron Woman rescue costume.

Me: Do you have a costume you would like to create but fear it will never be finished?

Lana Marie: That would have to be the Iron Woman costume. Cause, I worked on it a year ago and it didn’t work as well as I planned and I am trying to rework it now. And I am hoping *laughs* it will work out, hoping.

Me: Any words of advice for those looking to get into cosplay?

Lana Marie: Just a lot of patience. Don’t be discouraged if the outfit is not working out. It’s breaking apart. You try it on and it just doesn’t look like it is suppose. A lot of it is trial and error. Just keep working and it will just get better. It will become easier and easier and then you will be challenging yourself. Just be patient and keep working.