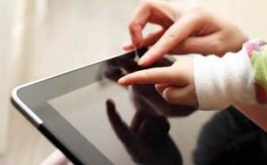 Today’s world is increasingly becoming more complex and technologically advanced. Kids and teenagers are among the biggest users of technology, with the majority having access to devices like computers, mobile phones, gaming consoles and portable media players. While this growth of technology can make some parents worry, there are a few technological advancements that can make parenting easier, even for parents of special needs kids.

Companies such as Steatite Wordsworth have specialize in making custom computer devices which can be used in numerous applications, such as learning aids for kids with ADHD. There are many other developers which have made technology that can make life easier for parents. Here are some of them:

Surveys show that around two-thirds of teenagers use a mobile phone. If their use isn’t limited, many would spend hours on their phone each day, browsing the mobile Internet, sending text messages and talking. Costs used to be a major worry, but mobile service providers have responded by offering unlimited plans. Even if the worry of getting a large bill at the end of the month is reduced, excessive use of mobile phones can become a distraction from learning and doing schoolwork. This is why phone companies have introduced plans that help families limit the number of minutes, data and text messages used by each phone, with service being cut off if they are exceeded.

Teens are responsible for a disproportionate number of traffic accidents each year. In an effort to reduce driving risks, Ford has put together a safety system called “MyKey” that is available on some of their vehicles and lets parents limit the speed at which their teen can drive, set automated reminders to wear their seat belt and limit the sound system’s volume.

Studies have shown that kids and teens with ADHD and learning difficulties can be helped by the use of technology. Manufacturers like www.wordsworth.co.uk create highly sophisticated computer equipment that can be turned into efficient learning aides.

These devices can help kids focus on the task at hand while staying calm. They combine software which employs various training methods and sensors which keep track of the user’s attention as they interact with on screen characters and perform various exercises. This technology is similar to devices used during training by fighter pilots and astronauts.