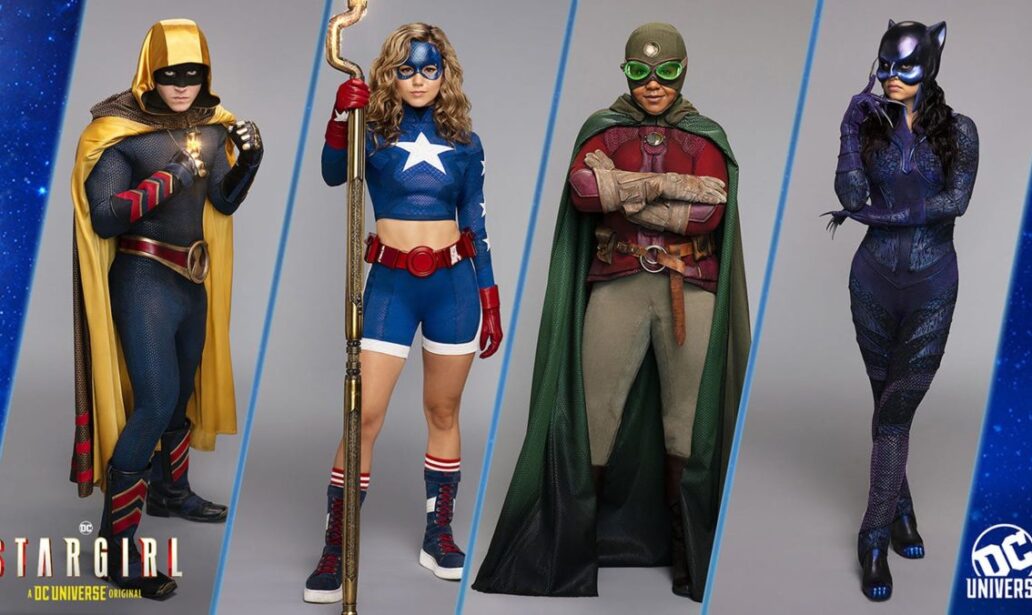 In Stargirl, the new television series that saw a huge surge in popularity since its debut in 2020, the glamorous teen superhero Stargirl displays many admirable qualities ranging from courage to resilience to flexibility. However, one particular trait has endeared this character to multiple generations and made her someone that parents enjoy almost as much as their children.

Courtney Whitmore is the teenager alter ego of Stargirl, and finds herself dealing with the humdrum challenges of life away from the much more exciting Justice Society of America. But in her daily life as a normal teenage, she finds solace and comfort by leaning on family, experiencing deep ties that help her personal story develop in multiple ways.

When Courtney’s story begins, we find her upset at having to leave her Los Angeles high school where she has plenty of friends. She moves several states away with her mother and new stepfather, and her life quickly changes. She finds the Cosmic Staff and discovers her unassuming stepfather was once the sidekick of Starman, who originally wielded that powerful weapon.

Courtney’s discoveries and acceptance of her new role as Stargirl, the controller of the Cosmic Staff, bring the family closer together rather than driving it apart. Everyone is quickly on board with the mission to fight harmful forces, and this family’s all-in effort serves as an inspiration for parents and children.

Courtney develops an idea, which is not supported by any evidence other than her own wishes, that her father was Starman. Though he is absent, Courtney naturally wants him to be heroic and is willing to give him that respect. When he eventually turns up and she learns he is most definitely not a superhero, this revelation of reality only serves to draw her closer to her mother and stepfather.

This particular story line about family closeness may find its roots in the fact that Stargirl creator and executive producer Geoff Johns based the title character on his own sister, who died along with 230 others in the TWA Flight 800 crash in 1996.

Stargirl’s storyline and tone in the series is based on films that feature supernatural elements such as aliens and time travel, yet are woven around families and domestic life. Such films were especially popular in the 1980s and early 1990s, and it seems today’s audiences still appreciate the same juxtapositions for a simple reason: they can relate to them. When the values at stake in Stargirl’s life are things audiences can relate to, Stargirl’s story and adventures become more than just another fantasy about stopping villains. Her story becomes everyone’s story because the stakes feel personal. That is the success of this highly likable and entertaining storyline and series.

When teen Courtney Whitmore starts fighting crime as Stargirl, she does not have to choose between family and her new vocation. Instead, the entire family joins in her efforts. This focused effort appeals to a wide audience. Indeed, the series has gained popularity with children as well as their parents, a rare feat. Stargirl ultimately is a good person who has accepted a call to stand up for what is right, and what’s not to like about that?