Papa Smurf, Smurfette and Clumsy Smurf come alive for fans of all ages with the new Smurf-O-Vision 2 app from Sony Pictures Home Entertainment (SPHE).  The app, available for free from App Store for the iPad®, iPhone® and iPod® Touch, was first released in the fall of 2011 and boasts more than 800,000 downloads to date.  The second installment of the app features two new ‘Smurf-a-rific’ updates, Magic Movie Maker and Smurfy Seek and Find.  Now, families can unlock hours of enhanced, interactive activities in advance of Sony Pictures Animation’s THE SMURFS 2 Blu-ray and Blu-ray 3D Combo Pack available Dec. 3. 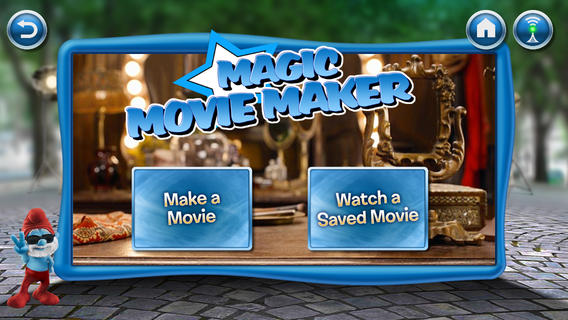 Magic Movie Maker challenges fans to share their creative look at THE SMURFS 2 by creating their own, customized mini-movies starring their favorite characters and backdrops, along with the option to include personal dialogue or narration, and final touches, such as music, sound effects and magic spells. Mini-movies can be saved to the producer’s device, and then shared with family and friends. 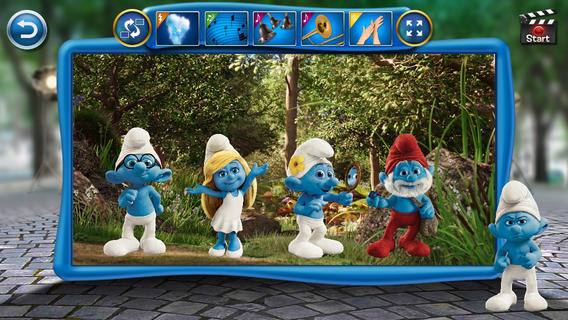 Fans can extend their ‘Magic Movie’ making capabilities by exploring the app’s second activity, Smurfy Seek and Find, which is played by syncing the app to THE SMURFS 2 2D Blu-ray and engaging with key scenes from the film. The game challenges fans to find hidden Smurfs and objects within each scene on the television. Each level unlocks new characters, backgrounds, sound effects, magic spells and more, which can be collected to make the Smurf-iest of movies possible with the Magic Movie Maker.

Get the SMURF-O-VISION 2 App HERE