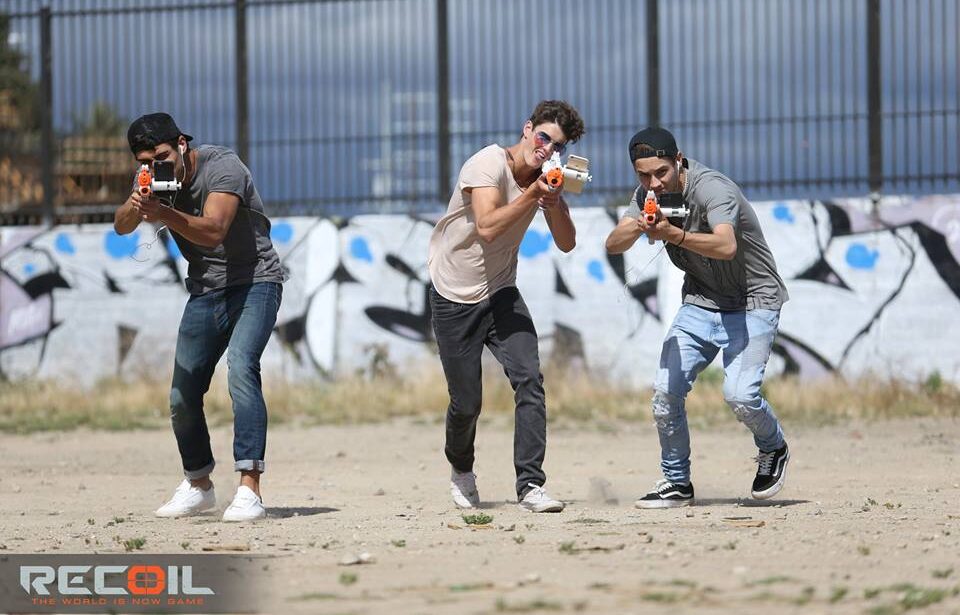 Shopping for my tween son has been disastrous to the point I found myself standing between the toy aisles and electronics with a big frown upon my face. Long since the days of easy buys from the hot toy lists have past and into a world of what other than the newest video games could I possible get to put under the Christmas tree. While clothes and shoes came to mind, we knew he would be grateful but disappointed. After all this is the time for the extras they wanted throughout the year but what were those exactly? Que the light bulb when I passed by the toy guns and spotted the Recoil Multiplayer Starter Kit and decided it was time to join Striker’s Army. 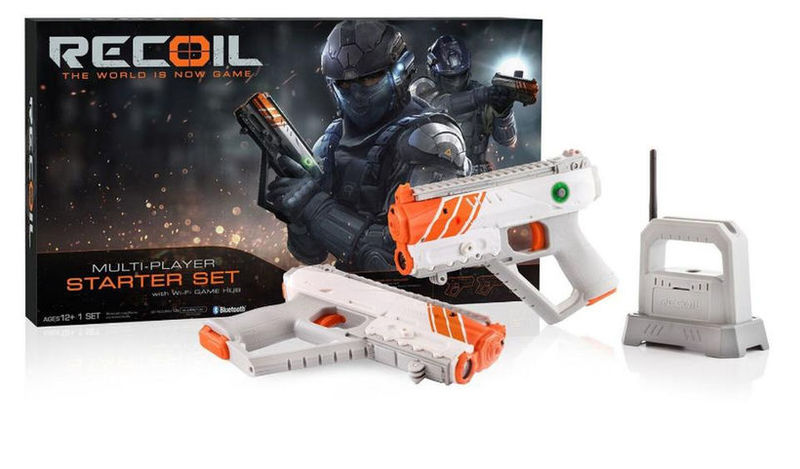 All of my children love to head to the local laser tag gaming center to play a few rounds but at $25 for a mere 30 minutes, this experience can get pricey fast. So, we honestly only get to go 2 to 3 times a year. With the Recoil Starter Kit we can turn any outdoor space into a digitally enhanced, multiplayer battlefield! Play in the evening hours in a well laid out space with boxes, trees, etc and you have the game center experience right in your own backyard! I see a mom win coming a mile away.

RECOIL works by using in-ear surround sound, haptic response weaponry, and smartphone integrated gameplay allowing players to spawn into the middle of the most immersive battlefield they’ve ever experienced. This gives them the in game mindset that they not only get when visiting the local center but with the added play of what they get from online gaming which is almost all they seem to want to do when the boys are home. At least with Recoil, they are in active play mode burning calories while they are having fun. 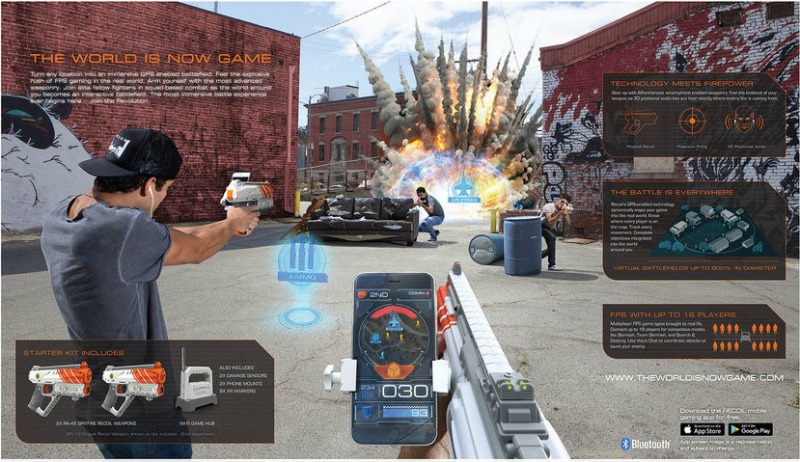 When it comes to AR competitive game play outside, Recoil is changing the way we do things. By purchasing the Starter Set which includes your game hub, a Wifi Router used to create a 250 square foot radius of gameplay and two RK-Spitfire pistols you have everything you need for two player combat. The players can choose from a variety of FPS-inspired multiplayer modes, including Team Deathmatch and Search & Destroy. Even better play with friends or choose to buy additional sets to add up to sixteen players in any one game. This makes this a fantastic gift idea for not only tweens but adults too!

To get started with the Recoil Multiplayer Starter Kit, you will need to download the free Recoil app (available for both Android and iPhone devices). Once the download is complete, connect your smartphone device to your blaster using the phone clamp provided and pair the two devices via Bluetooth. This is necessary as Recoil uses your phone’s GPS capabilities to create a location-based gameplay.

For those who are familiar with games like COD, you will easily understand the actions that include running back to your respawn point when you get killed, picking up supplies at the ammo depot, running to mission objectives such as a bomb defusal point, and much more. That is one of the things that make this the perfect gift idea for gamers who indulge in the shooting and team battlefield style games. This combines the laser tag experience with the layout of all of their favorites. 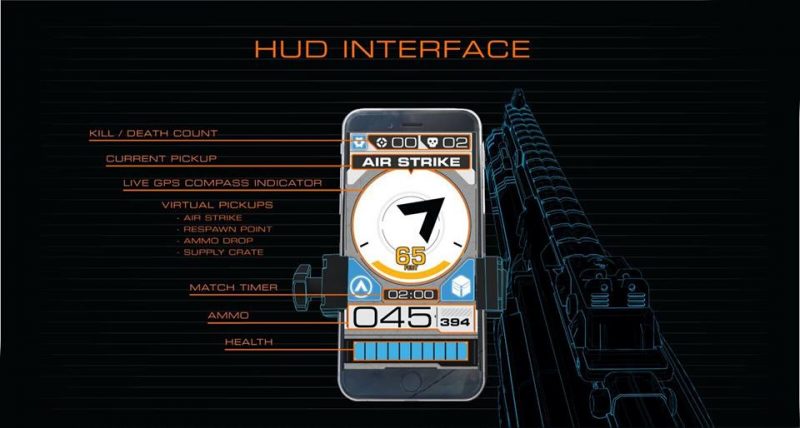 While the standard game play is amazing, watch them be in awe when they realize that Recoil also uses the camera’s phone to create AR enhancements. This means that when you pick up an airstrike, your camera is activated, displaying a rocket launcher placed in the real world that you can use to fire off against enemies. Boom and down they go! I am seriously excited here.

Once they’ve had some practice with RECOIL, they can then add on to their arsenal with the SR-12 Rogue, a high fire-rate and fully automatic machine with quick ammo reload, additional Spitfires which is the compact, versatile and effective handgun, and the Frag Grenade, an actual grenade you can launch at your enemy. With a simple one-button design, the time delayed explosive works off IR technology to emit a high blast radius for anyone nearby. It’s the boom that clears the room – better known as a one shot kill!

With Recoil, The World is Now Game! This is one gift you want to put under your tree this holiday season and right now you can score the Recoil Multiplayer Starter Kit on Amazon.com for $79 with free shipping. Plus, it will arrive in time for Christmas!