Disney’s “Beauty and the Beast,” the live-action adaptation of the studio’s animated classic, brought the story and characters audiences know and love to spectacular life and broke box-office records. Now the stunning, cinematic event has arrived on Digital HD, Blu-ray™, Disney Movies Anywhere, DVD and On-Demand and we are just overjoyed with this magical film. 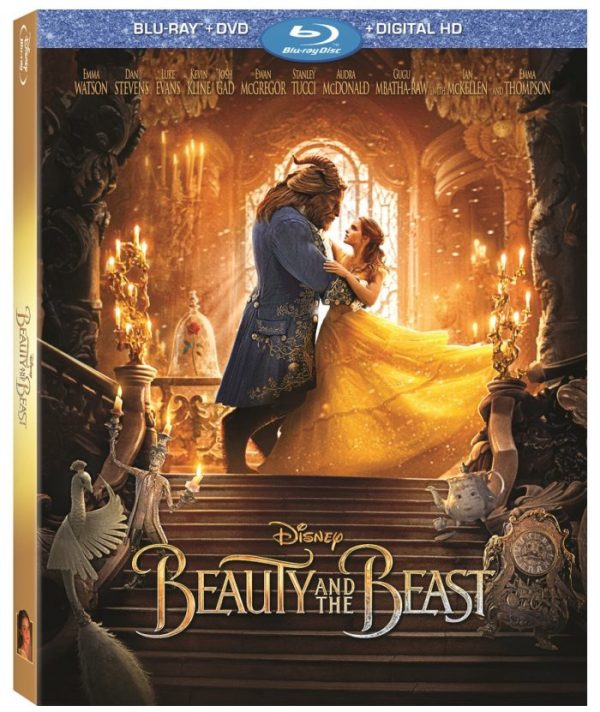 See Beauty and the Beast in 3 Ways

Fans who bring home “Beauty and the Beast” today can celebrate the release with three ways to watch the movie, the original theatrical cut, the premiere cut with overture, and a musical experience with a sing-along version. Yes, we all know how Disney music can stick in ones head and bring out the best shower singers in the world.

We suggest seeing them all at least once. The theatrical cut might just bring a tear to your eye or at least a weepy smile as you enjoy the Disney classic love story ending. Why can’t we all be loved so dear?

“Beauty and the Beast” features an extraordinary ensemble cast, including Emma Watson as Belle, Dan Stevens as The Beast, Luke Evans as Gaston, Kevin Kline as Maurice, Josh Gad as LeFou, Ewan McGregor as Lumière, Stanley Tucci as Maestro Cadenza, Audra McDonald as Madame de Garderobe, Gugu Mbatha-Raw as Plumette, Hattie Morahan as the enchantress and Nathan Mack as Chip with Ian McKellen as Cogsworth and Emma Thompson as Mrs. Potts.

The list of amazing actors and actresses truly goes on and on. Many of our beloved faces can be seen in this beautiful tale of true love and how it prevails over all. Everyone can swoon over their faces and dream of a tale such as this.

Fashion Only One Can Dream Of

As a little girl, I always admired the stunning gowns seen in Disney films. Now that they have moved to live action, the fashion I so beloved has been brought to life and is more stunning that ever. A glimpse into the design of Belle’s famous golden gown, the dance sequences from the movie, filming at Sherpperton, will bring you back to the days when your imagination ran wild with all of the possibilities of being a true princess.

Extra Features To Give You A Personal Look

The release invites viewers to get up close and personal with the filmmakers and cast to see how this beloved animated film was transformed into a new live-action classic, from the first enchanted table read to a fascinating look at how the film was brought to life utilizing lavish sets, elaborately designed costumes and props, and state-of the-art technology.

A feature on the amazing women behind the enchanted tale hosted by Emma Watson; and over 10 minutes of deleted scenes along with musical extras, including the “Beauty and the Beast” music video starring Ariana Grande and John Legend, Celine Dion’s heartfelt take on the new song “How Does a Moment Last Forever,” and jump directly to all you favorite unforgettable songs.