Anyone that enjoys the world of pirates and pirate ships will fall in love with the idea of immersing themselves in a world of pirates. Disney has so many versions of pirates that there is a pirate adventure for everyone. You can put together a pirate themed vacation for children of all ages, and adults too, that includes special experiences, tours and exploring popular parts of the parks. 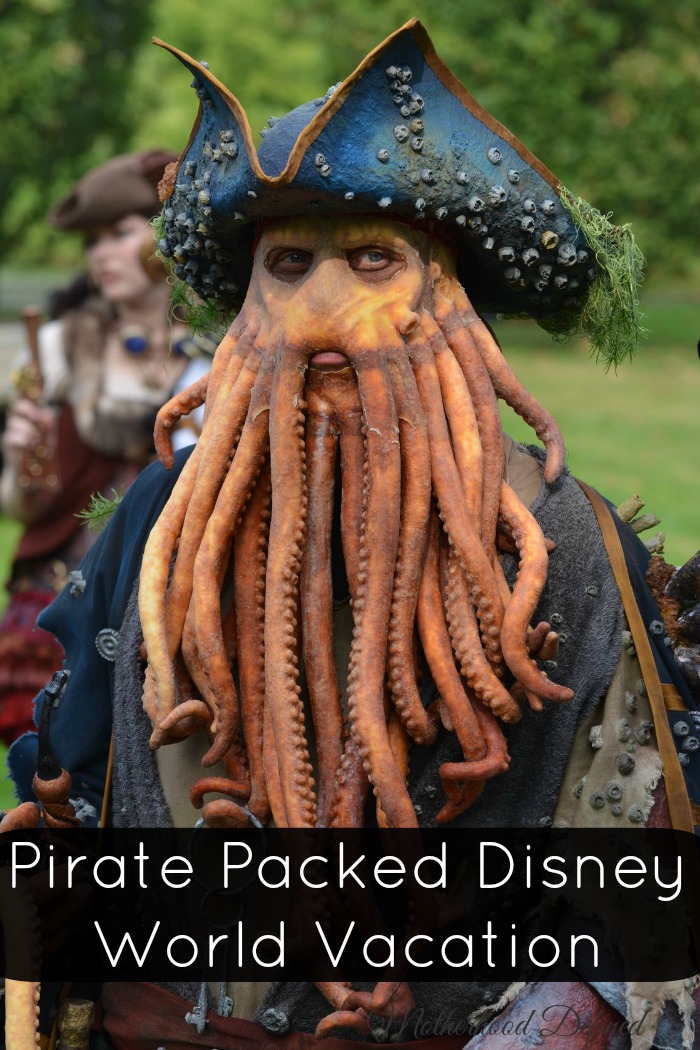 Use these ideas to help you put together a pirate packed Disney World vacation for the entire family.

The Pirate League is a favorite of so many Disney fans, young and old, because it is the fastest way to immerse yourself in the world of pirates. Head to Adventureland for the ultimate pirate experience for both boys and girls, pirates and pirate princesses and even the mermaids that they come across in their adventures. Everyone is given the chance to dress up, get some face paint and go on a pirate adventure before joining the daily parade through Adventureland as part of the Pirate Parade. Your adventure depends on the package you choose, but all of them are pretty neat and budget friendly.

Pirates of the Caribbean Ride

If you loved the Pirates of the Caribbean films, this ride will take you right into their world and send you off on a thrilling adventure. Take to the sea with all the characters that inspired the films that you have come to love in this audio animatronics that is a story as much as it is a ride. Pirates of the Caribbean is a Disney World classic and must be experienced by everyone that heads to the Magic Kingdom.

Challenge Yourself to the Pirate’s Adventure

Disney World knows how much its guests love pirates so it has put together the Pirate’s Adventure as a way for guests to get in all the pirate fun they can while completing a challenge. Head over to the Crow’s Nest in Adventureland to pick up a magic talisman and card to keep track of missions as you complete them. Families can work on these missions in a morning, throughout the day or even complete them over the week.

Join Captain Jack Sparrow’s crew of pirates and scallywags in a pirate’s tutorial that is part lesson, part show. Guests of all ages are invited to participate in this outdoor show that is held in Magic Kingdom daily. Recruits are instructed in the art of sword fighting, basic pirate defense and the pirate’s oath.

Head over to Peter Pan’s Flight to ride over the city of London just like Peter and Wendy did aboard a pirate ship. This ride takes you through all the iconic film favorites before returning to the nursery in London where the entire adventure began. The entire family can get onboard for this ride as it’s more about seeing and telling than thrills.

For children that want to have the ultimate pirate experience while at Disney World, there are several different pirate adventure cruises to head out on, over water and land. Children will get the chance to take to the open water, seek treasure and visit ports of call as they learn all about living the life of a pirate.

Where would you start your pirate adventure?