Skip to content
Join the cast and filmmakers of THE HUNGER GAMES: MOCKINGJAY PART 1 – including Jennifer Lawrence, Josh Hutcherson, Liam Hemsworth, Julianne Moore, Jeffrey Wright, Donald Sutherland, Willow Shields, Sam Claflin, Mahershala Ali and Natalie Dormer, along with director Francis Lawrence and producer Nina Jacobson – for a one day only global social event: #ASKMOCKINGJAY.
On Monday, November 17, fans from around the world will have the opportunity to participate in a series of social media events including live chats, Q&A’s, exclusive clip debuts, and a live stream from the Los Angeles premiere.
Starting TODAY, fans can submit their questions on Facebook and Instagram by using the hashtag #AskMockingjay.
Check out the full schedule of events below!
MONDAY- NOVEMBER 17TH – #ASKMOCKINGJAY
10AM PT / 1PM ET: REDDIT AMA with Natalie Dormer
11AM PT / 2PM ET: TWITTER Chat with Francis Lawrence
4PM PT / 7PM ET: FACEBOOK FAN EVENT with the cast of MOCKINGJAY including an exclusive NEW clip
6PM PT / 9PM ET: YAHOO & TUMBLR Live Stream from the LA PREMIERE with NEW footage from Mockingjay Part 1
Presented by Samsung Galaxy
#AskMockingjay 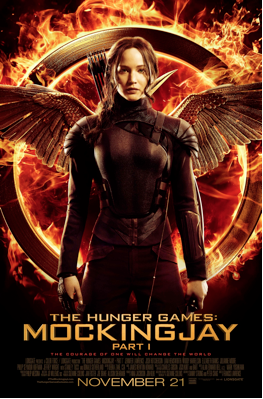