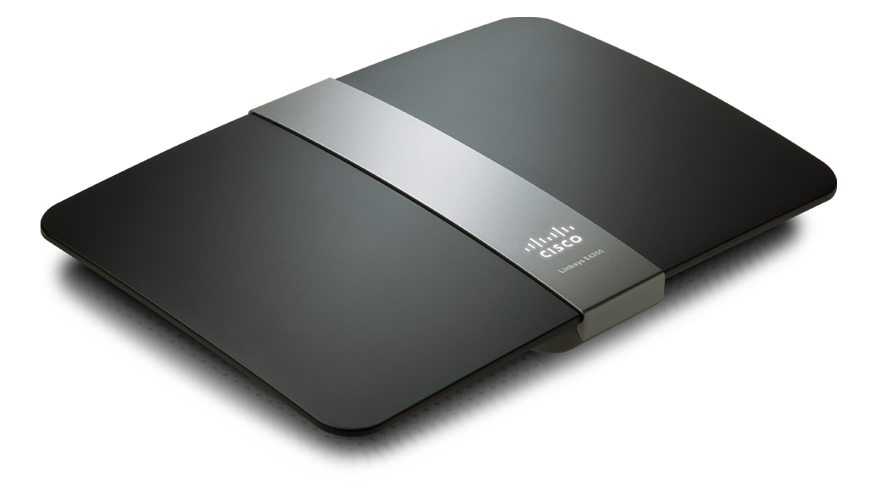 The Linksys E4200 Wireless Dual Band Router sets the bar high for other wireless routers. The E4200 has the most stylish design I have ever seen in a unit of its kind. Unlike our previous wireless routers units which tend to have 1, 2 or even 3 antennas sticking out, the Linksys E4200 is just a sleek, small package with no gaudy extra to kill the show. Its design is upmost appealing to the eye. I am completely comfortable allowing it to sit openly, while in the past I always worked hard to find a good spot to hide our previous wireless versions from view.

Installation and setup of the router was the easiest of any router I have used in the past. The router uses a simple plug in end instead of the all to common brick plugs. This makes it a world of difference when trying to plug it into a nearly full surge protector without a lot of room between the outlets. The E4200 boots up very quickly, and getting my wireless network up and running took about 5 minutes. I connected to the router via Ethernet first and quickly setting up my passwords and network SSID’s the way I wanted them.

After my initial setup came time to play with all the settings and just see what I could. One option I was very happy to see was Bridge Mode. My current house has the Internet connection in the basement with Ethernet running to all the rooms from the basement. I currently have a 1Gb/s wireless router installed for my house’s Ethernet connections, but because of the poor location wireless was only decent in the basement of the house. I set the router up on the main floor of the house in a central location. Setting the router up for Bridge mode was very simple. After a few minutes I was enjoying a massive increase in wireless strength and performance.

Performance of the Linksys E4200 is what you would expect from a top of the line router. The dual band antennas work great. I am using my 5GHz band on my laptop and desktop with several other wireless devices are sharing the 2.4GHz band. I have been able to connect at 300 Mb/s consistently anywhere in my house on my laptop.I have also seen a big improvement in video streaming over the E4200 compared to my previous wireless N router. Using our Google TV there was a nice speed improvement when watching videos online and streaming over our own home network. Doing several speed test over my home network I was able to achieve 100+ Mb/s transfer rates between different computers all connected wireless to the network. I saw a consistent speed while using different file sizes ranging from 10 Megabytes to 1 Gigabyte in size.

The E4200 also offers a usb port that can be used to add a usb drive on the network. The drive then can be seen by other computers on the network as a network drive or the E4200 can act as a media server and stream media from the usb to other devices. I have found this setup to be much better then other ones I have used in the past. My previous router required additional software to be installed on each computer on the network to access the usb drive while the Linksys E4200 doesn’t require anything additional to be installed to have full access to the shared usb drive.

The E4200 is by far the best wireless router I have used. Setting changes happen quickly without the need to wait while the router reboots. Most setting changes can be made without loosing connectivity to the router or having to wait up to a minute while it restarts like many routers I have used in the past. The E4200 has a very nice design and simple setup that makes this router the perfect choice for anyone that needs better performance and range compared to their current setup.