The first references to pasties appeared in the 13th Century, during the reign of Henry III.The pasty was common in the 16th and 17th centuries but didn’t really become what we now know as a “Cornish Pasty” until around 200 years ago. By the end of the 18th century it was the staple diet of working men across Cornwall. Miners and farm workers took this portable and easy to eat food with them to work. The size and shape of the pasty made it easy to carry, the pastry case kept the contents hot and the filling had enough sustenance to see the workers through their long, hard working days. In addition, with their hands often filthy from work, the miners and farmers could easily hold the thick pastry crust without contaminating the contents. Pasties were often also made with a meat filling at one end and a sweet filling of fruit or jam at the other – a complete meal in one.

Purists will want to make the pastry themselves. I, however choose not to make it from scratch and to buy some frozen shortcrust pastry sheets. I find them just as good and I am slightly less likely to make a mess of things with them than I am if I cook pastry from scratch! 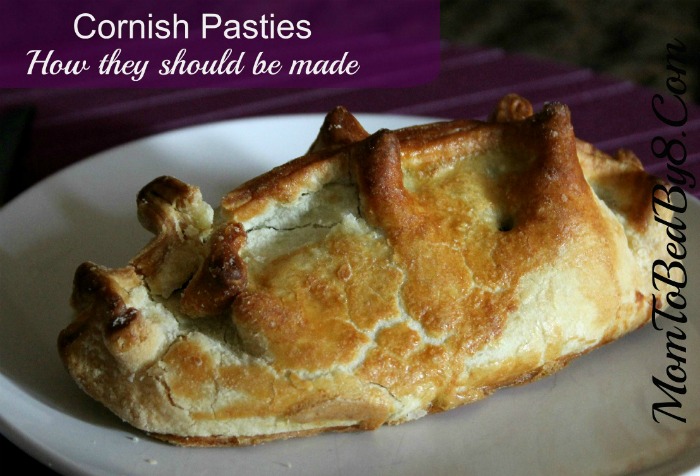 The pasties can be enjoyed either hot or cold.