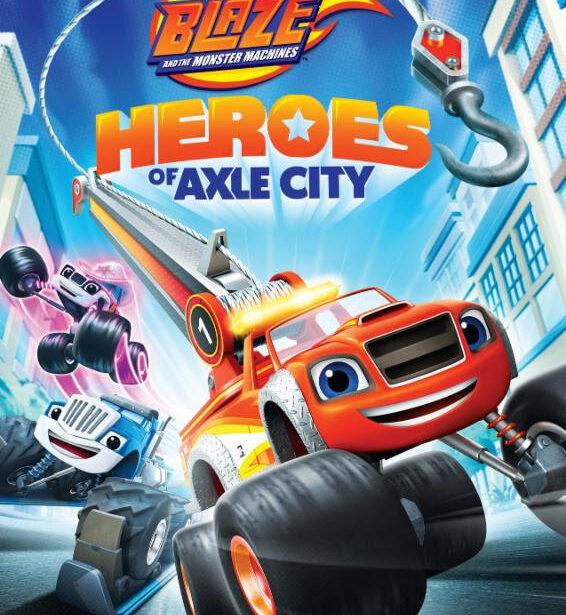 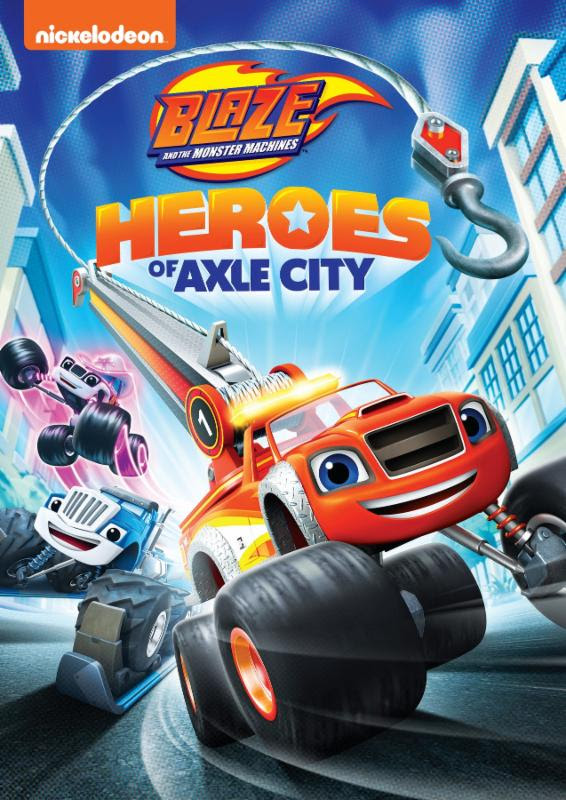 Blaze and the Monster Machines: Heroes of Axle City contains the following episodes:

Tow Truck Tough – Blaze transforms into a tow truck and teams up with AJ and Gabby to save Stripes and Crusher.

Light Riders – On your mark, get set, glow! Blaze and his Light Rider friends race into action to light up the night and catch a mysterious kangaroo leaving all of Axle City in the dark.

Rocket Ski Rescue – Crusher uses rockets to cheat in the big race at the Monster Dome, but when he blasts off into trouble, it’s up to Blaze and AJ to save him.

About Nickelodeon
Nickelodeon, now in its 38th year, is the number-one entertainment brand for kids. It has built a diverse, global business by putting kids first in everything it does. The company includes television programming and production in the United States and around the world, plus consumer products, digital, recreation, books and feature films. Nickelodeon’s U.S. television network is seen in more than 90 million households and has been the number-one-rated kids’ basic cable network for 22 consecutive years.