The change in the colors of the leaves tells us that fall is here. It’s the end of the growing season. This time of year can be quite busy for gardening, as many plants over-flower and leaf litter can spread throughout your garden.

Pixie Hollow, home of Tinker Bell and her friends, is a magical place, filled with many colorful flowers and trees. It is not surprising that so many fairies live there! Tinker Bell’s close friend, Rosetta, is a garden fairy whose talent is nurturing plants and flowers.

This guide looks at simple ways of making and maintaining your very own Pixie Hollow garden. Ask a grown-up to help you follow Rosetta’s top seasonal gardening tips!

At the beginning of fall, days start to get shorter and the nights draw colder. But it isn’t all doom and gloom, as this season can be one of the most beautiful… 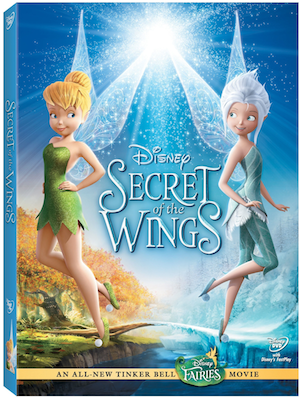 For the latest information on “Secret of the Wings,” fans are also encouraged to log-on to www.Disney.com/SecretofTheWings view additional film clips and more.