If I had to sum up my feelings about Doctor Strange in one word, it would be “hot”. Before the cinema gurus go out in full force, I know the graphics, the story, the actors were all so very noteworthy. Bluntly, there were many great qualities to the film, but just take a moment to look at it from my perspective, a middle-aged woman, married with children. Benedict Cumberbatch is a walking fantasy.

Let’s break down my facination with Mr. Cumberbatch, aka “Doctor Strange”. Is it awkward that I add love to the end of that title? Let’s see, gorgeous ✔ established ✔ doctor ✔ and slightly egotistical ✔✔. Okay, realistically he has some flaws but like any good hero he’s able to overcome them in under two hours and make millions of viewers turn into screaming fans. 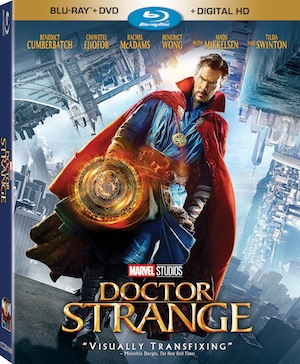 Well, back to the roots of my beautiful man speech. My home is no stranger to the Marvel series. In fact, from legends to comic books, films to Marvel Universe Live, we have studied and glorified this fascinating group of superheroes. Doctor Strange was by far as good as if not better then the movies is it precedes. The story line will keep you on your toes with tragedy turned inner healing, combined with the essential worldly doom and a finale of action-packed greatness that leave a hint of more to come.

While, there are no true spoilers here (sorry, not sorry), all I can say is can I get stuck in a time loop with Dr. Stephen Strange pretty please?

Movie buff hint, as in true Marvel fashion if you continue to watch past the credits you’ll get a sneak peek at where you’ll get to see Doctor Strange next. What a collection of Gods it will be and I will be there opening night to see it happen on the big screen!

Marvel Studios’ “Doctor Strange,” the story of Dr. Stephen Strange, Master of the Mystic Arts, has mesmerized both audiences and critics, pulling in more than $658.3 million at the worldwide box office to date and earning a 90% critics consensus on Rotten Tomatoes. The biggest single-character introduction in the Marvel Cinematic Universe (MCU), it also carries on Marvel Studios’ winning streak as the 14th consecutive MCU film to debut at #1 at the domestic box office. Clearly, this is a must see!