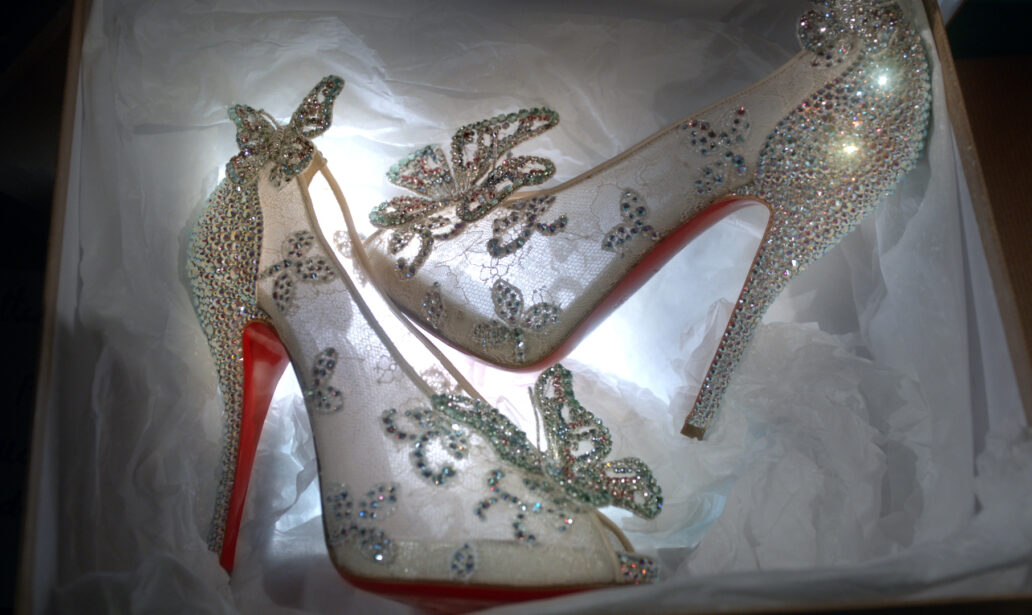 Winner will receive a Pair of the Iconic Cinderella Slipper 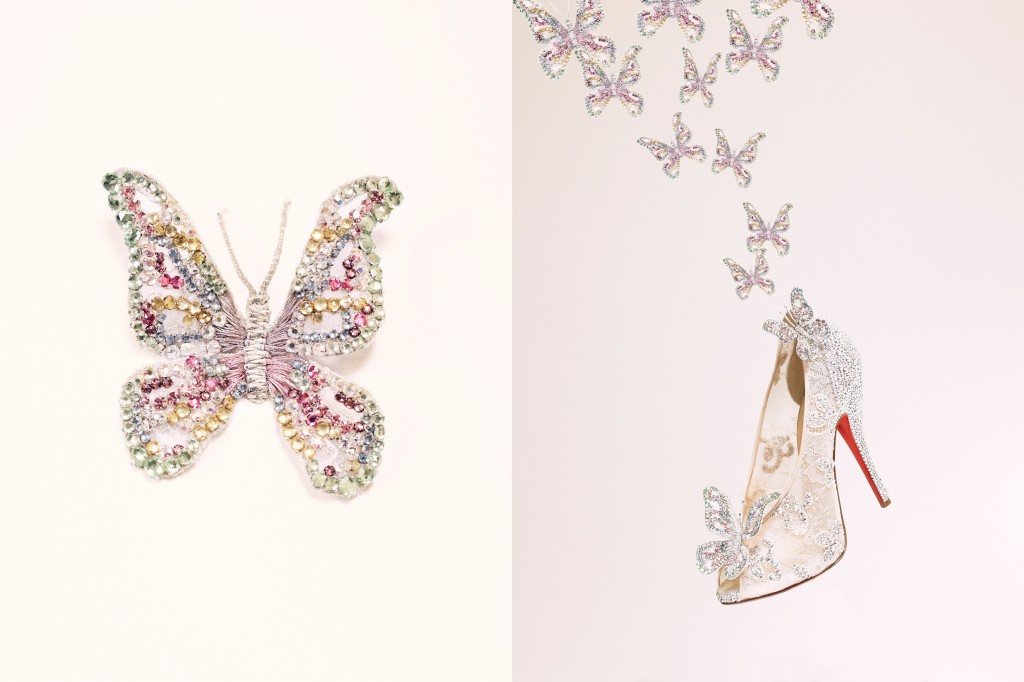 In honor of Disney’s global release of the classic animated masterpiece “Cinderella”, which will be available in Blu-ray™ Diamond Edition on October 2, 2012, Walt Disney Studios, in collaboration with Christian Louboutin and Glam Media, today reveal details of their national quest to find a modern-day Cinderella. One lucky woman whose style and fashion sense best embodies the Cinderella fairytale will ultimately be awarded with a pair of original Cinderella slippers re-imagined by world-renowned shoe designer Christian Louboutin during a private event at Disneyland, CA taking place on September 27th.

The national search begins on September 4 and encourages women, 18 and over, to submit their ultimate Cinderella look on Facebook to vie for a chance to win the magical shoe.  To be eligible, entrants should take a picture of the ideal outfit in their closet which portrays a look to match the Cinderella-inspired slippers re-imagined by Christian Louboutin.  Next step – Upload it to Facebook by the stroke of midnight on September 11, 2012 for a chance to win.

For the Official Rules and toenter the contest, please visit https://www.facebook.com/Cinderella.

Submissions will begin on September 4 and run through September 11. Entrants must be female, 18 and over, be a US size 7 or 8 women’s shoe, available for travel September 26-28, and must reside in the United States.  The winners will be selected on or around September 17 by Disney and perhaps even by Christian Louboutin himself! The winner plus a guest will be invited to Disneyland where they be given a special princess “make-over” and officially get “fit” with the shoes. 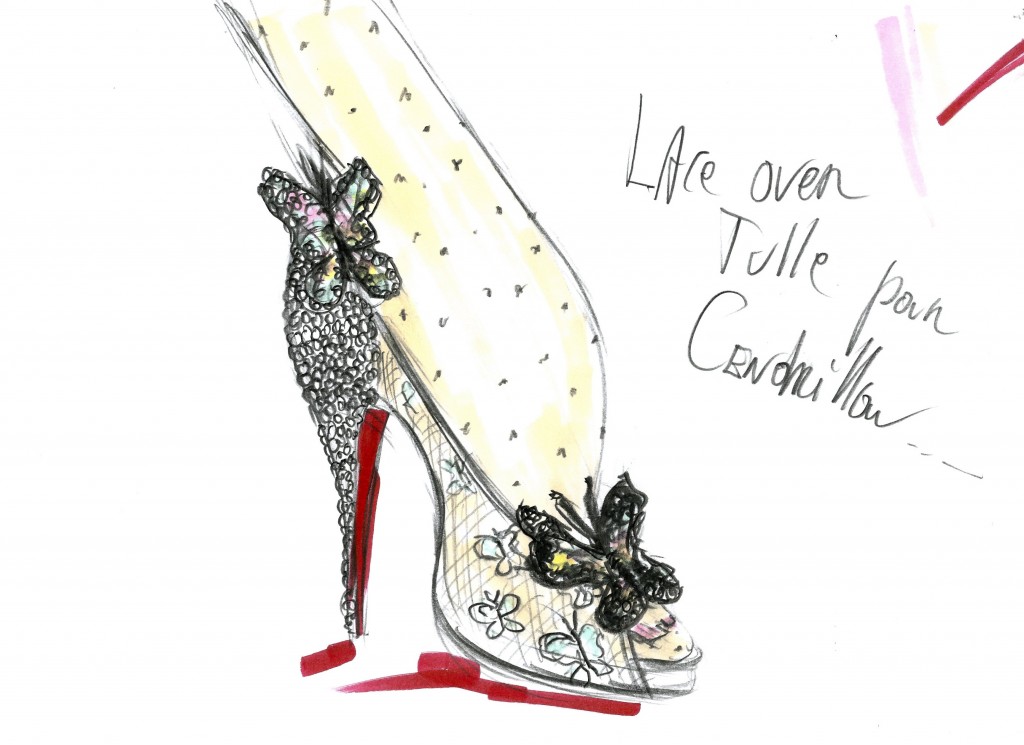 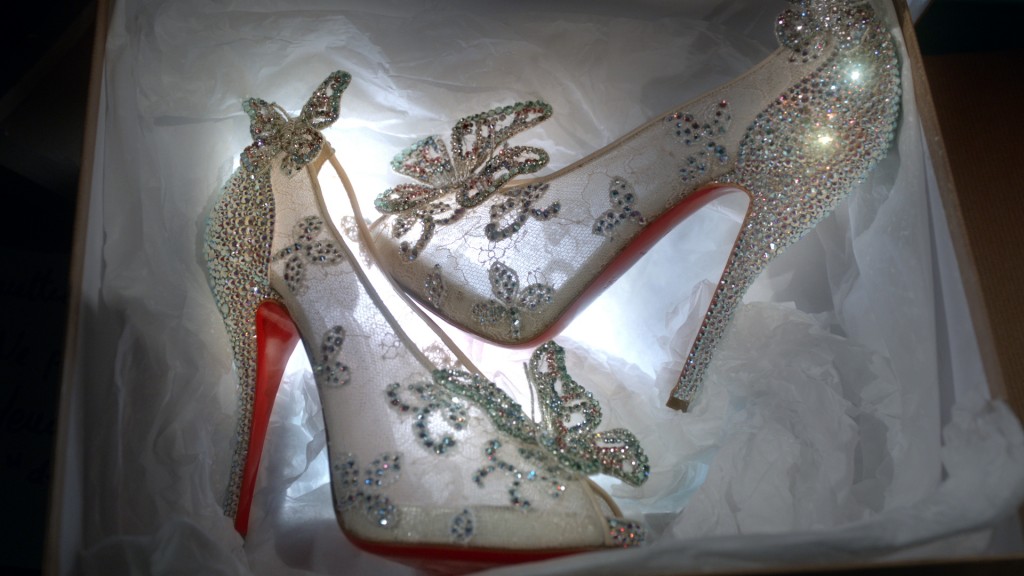 About The Louboutin Inspired Shoe:

Earlier this year, Disney worked with world-renowned shoe designer Christian Louboutin to re-create the iconic Cinderella slipper by updating it for the modern woman.  On July 5, during Haute Couture in Paris, France—Louboutin’s Cinderella-inspired shoe was revealed.  The shoe is made from delicate lace adorned with crystals that give the iconic shoe an enchanting look.  Two sparklingbutterflies rest prettily on the design, one landing on the vamp while the other sits closely behind the crystal covered heel, gently brushing the ankle. The elegant design is completed with the globally recognized trademark –  Christian Louboutin red sole.

Everyone orders Cinderella around: her cruel stepmother, her awful stepsisters—even the big clock in the church tower tells her when to startanother day of drudgery. But they can’t stop her from dreaming, and Cinderella has faith that someday her wishes will come true. When an invitation to theroyal ball arrives, Cinderella is sure her time has come—until her stepsisters, with the encouragement of Lady Tremaine, tear her gown to shreds. Just when Cinderella believes all is lost, her Fairy Godmother appears, and with a wave of her wand and “Bibbidi-Bobbidi-Boo,” transforms an ordinary pumpkin into a magnificent coach and Cinderella’s rags into a gorgeous gown, then sends her off to the royal ball. But Cinderella’s enchanted evening must end when the spell is broken at midnight. It will take the help of her daring mice friends and a perfect fit into a glass slipper to create the ultimate fairy tale ending. 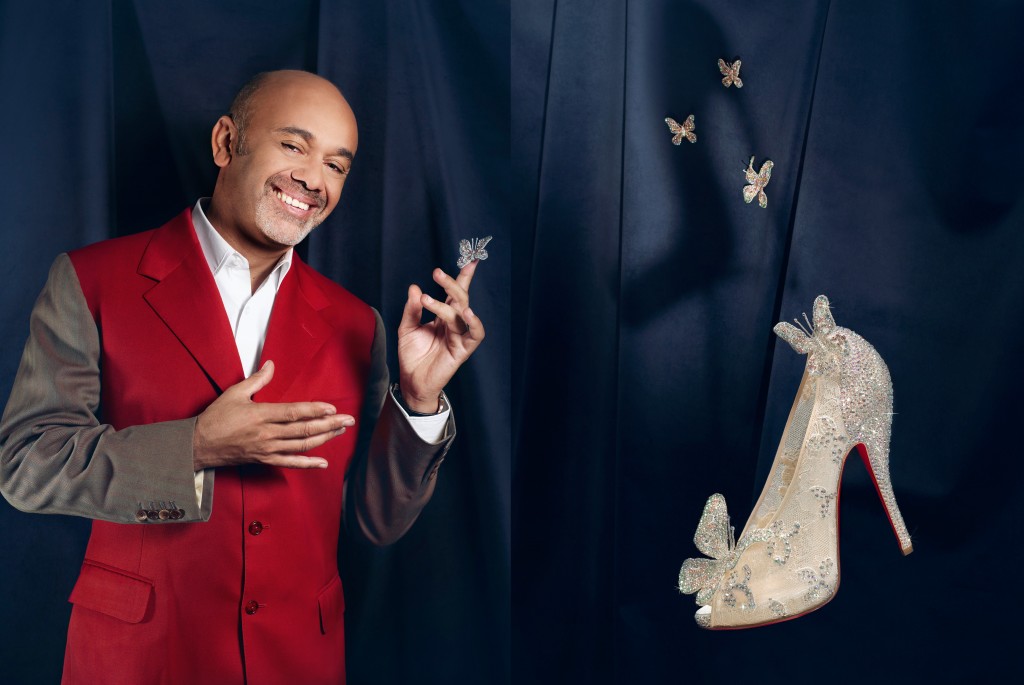 French designer Christian Louboutin’s red soles have stamped an inimitable mark on the world of fashion and shoe making over the past twenty years. Born in Paris and raised by his mother and three sisters, the designer credits this feminine environment as the inspiration for much of his work.  The innovation and imagination behind Louboutin’s mesmerizing shoes and his utter devotion to women have established him as one of the world’s most visionary and important shoemakers.