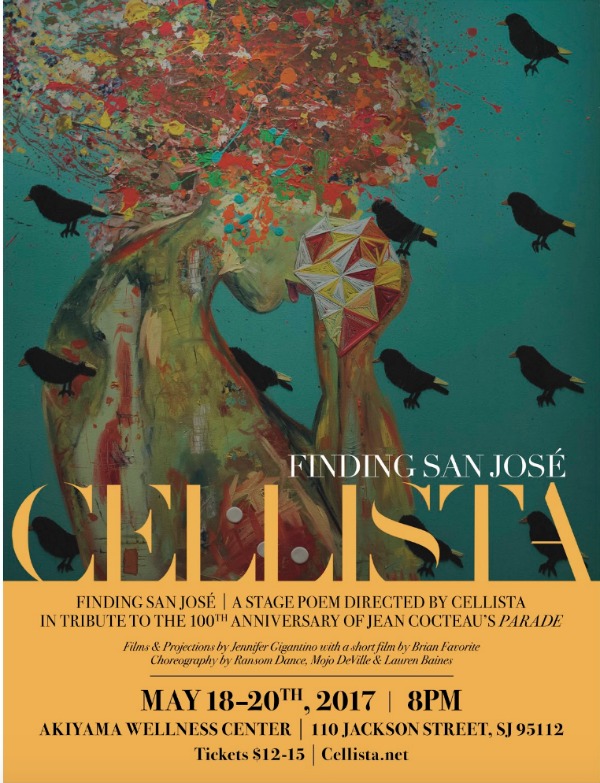 CELLISTA TO PRESENT: Finding San José  | A Multimedia Stage Poem
Cellista has set the lucid spirit of San José to music and stage
Cellista, the multidisciplinary artistic director of the performing arts company Juxtapositions has created a stage poem which places the eclectic communities of San José side by side. The production, first staged and workshopped in San Francisco to a sold-out, enthusiastic audiences makes its way home to San José.

Freya (Cellista) is a classically trained, punk rock spirited girl with the charm and elegance to defy the stereotype that classical music isn’t cool.
— Belle Foundation 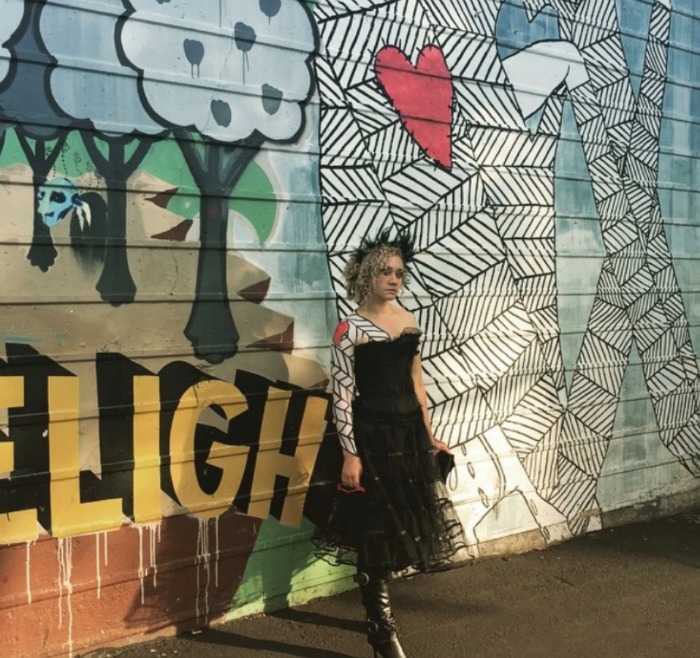 This presentation of Finding San José marks the 100th year anniversary of the realist ballet Parade directed by French surrealist Jean Cocteau. The work, created for the Ballets Russe incorporated music from Eric Satie, artwork from Picasso, and choreography from Léonide Massine.
Finding San José is Cellista’s attempt to set the aura of her home of San José, to music, dance, film and stage, placing artists from across disciplines side-by-side. 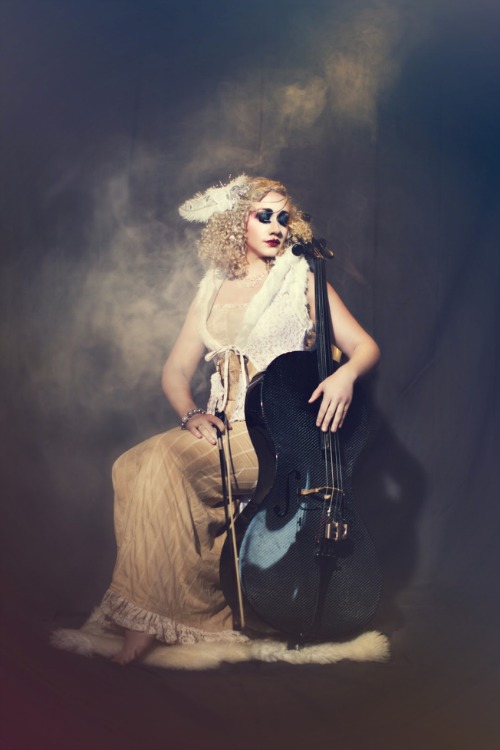 Using her critically acclaimed debut full-length album of the same name as its soundtrack, Finding San José renders a lyrical truth to our present day and presents Cellista’s want to provide a mirror to the community she calls home. Finding San José, the stage poem is a complete work that juxtaposes disciplines in order to create a reaction to the reality of what it means to have a sense of place within a participatory and observational place.

Cellista is an American cellist, artistic director, and arts advocate and may very well be part cello. When she was born maybe a little piece of cello squirmed inside her bassinet and burrowed its way into her very being making the otherworldly performances she produces come to life. That’s the only explanation that makes sense at least.