State parks make great travel destinations for the family, and there are several Midwestern state parks that are worth checking out. Being able to get out and enjoy nature is a big part of visiting each state park, there are a lot of opportunities to engage in recreational activities, but being able to spot wildlife is always a highlight. With the wide variety of natural terrain and habitats that spread out over the Midwestern states, come an even wider variety of animals and birds that you will be able to see. 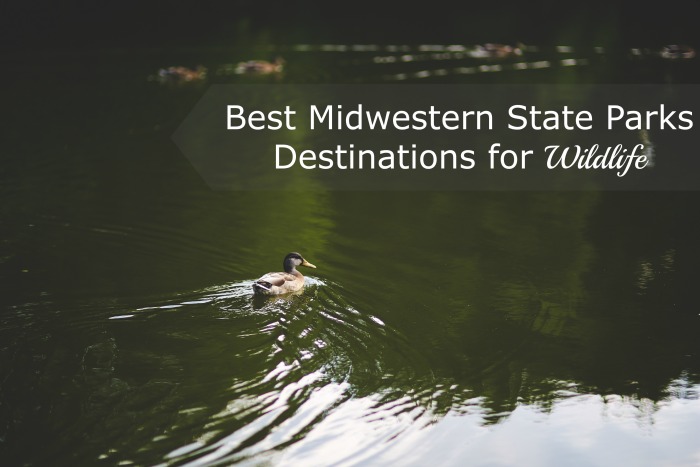 Add these state parks to your travel list to enjoy the incredible wildlife that exists in each destination.

The beginnings of Wildlife Prairie State Park are interesting because it was not originally a pristine or very populated area of Illinois that needed protection or conserving. Rather, it was made into a park and preserve for endangered animals through the necessity and work of members of Brookfield Zoo and conservationists. The park is over 400 acres big, located right outside Peoria, Illinois and is one of the first zoological parks that is meant to restore Illinois back to the way pioneers saw Illinois. Animals that you can spot include a wolf pack, bison, elk and red foxes.

Because Custer State Park was originally established as a game preserve, there is a lot of wildlife to spot during your visit. The Black Hills were originally filled with herds that only this area of the country could maintain, and while the population numbers have never risen their original number, the area has grown in diversity. Buffalo, deer, elk, goats and antelope herds, in addition to eagles, prairie dogs and several varieties of hawks all call the park home and roam the hills freely. This is a great family destination that can be explored on foot or by car at all times of the year.

Tettegouche State Park in Minnesota sits along the north shore of Lake Superior and is made up of several different types of habitats. From mountains to lakes to forests and lowlands, there are so many different types of animals that are unique to this area that you won’t see anywhere else. Large mammals like bears and moose are plentiful, small mammals like flying squirrels and the pine marten are harder to spot but plentiful too. Snowy owls, water birds and peregrine falcons are just some of the birds that you should watch out for at all times of the year.

Even though Mingo is a National refuge and not a state one, I’ve included it here because it is so important and significant among parks. Mingo serves as a migratory stop over for a couple hundred thousand birds every fall and spring. The almost 5,000 acres of marshland and open water are the main attractant for these birds, and the area totally comes alive twice a year to the point where the birds are almost deafening. If anyone in the family is an enthusiastic birder, this is definitely a travel destination worth adding to the travel itinerary.