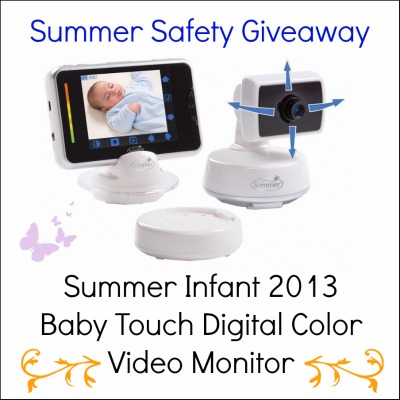 The 2013 Summer Infant BabyTouch Color Video Monitor is the most innovative baby video monitor on the market. It features a revolutionary touch-screen controlled monitor, the first of its kind. Like many of the smart phones, simply touch the screen to control the monitor’s pan, scan, zoom and brightness features. Two other great aspects include a stylish, magnetic docking station for the handheld unit and a wireless, rechargeable battery-powered dock for the camera. Another wonderful feature is the unique talk-back option, giving parents the ability to speak into the handheld monitor and have their voice projected through the camera. Expand the functionality of your Baby Touch Monitor by adding an additional camera for more viewing angles. 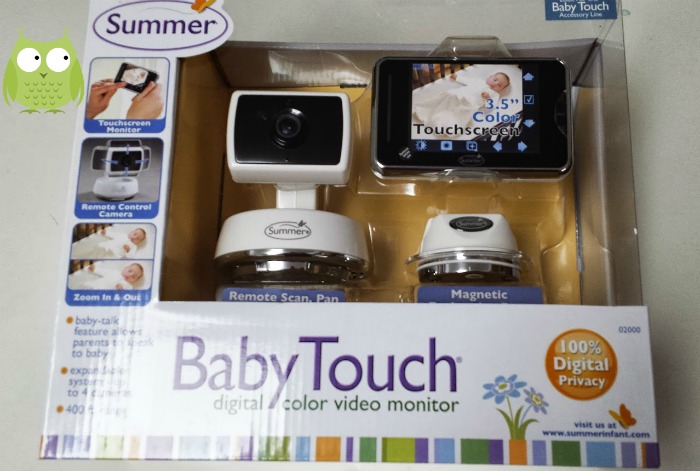 When you step back and think about being a new parent or even if you are expecting now, you realize the automatic worry over watching over your child as often as possible. That first year as a mom was the magical yet slightly worrisome. I stressed over so much that could have been avoided. One of those things being keeping an eye on my little one while they slept.

I would want to go out and garden or even just get a little sun, while Mr. E slept. Even though I had one of those standard sound monitors at the time, I still felt anxiety over the fact that even babies can move quietly. Honestly even if I was downstairs doing chores vs in the backyard, it was hard to earn my babe when he awoke unless he was crying. Now with the new BabyTouch Color Video Monitor technology, I can see every move in full color during the day and black and white at night. Having that helps put my mind at lease.

Let’s talk common since mommy tech. Why Summer Infant? Well they are amazing! No seriously; from gates to monitors the Summer Infant name is trusted in the world of baby safety. I have been a consumer of their products for what seems like the better part of the last nine years. 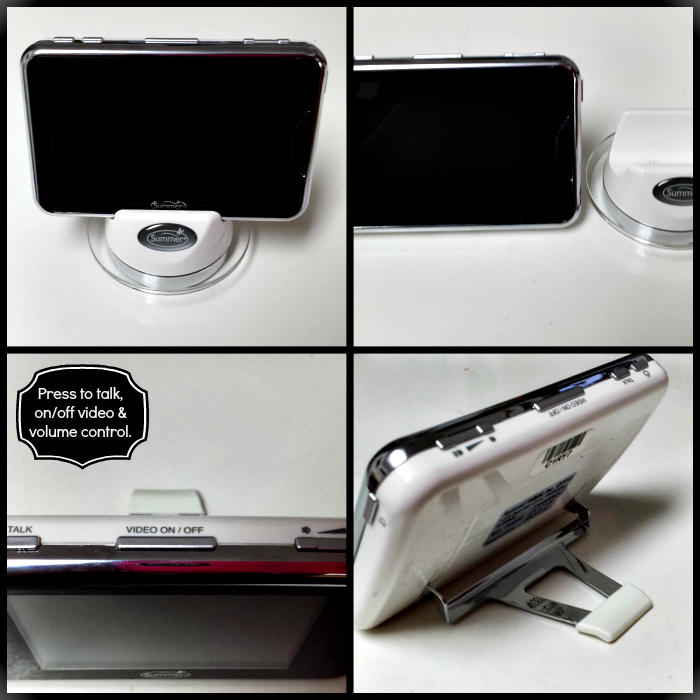 This unit was the first of it’s kind offering the revolutionary touchscreen-controlled 3.5” LCD color video monitor. That means the parent {watcher} can simply touch the color monitoring screen to change the camera position, zoom, scan left to right, change from day to night, volume and more. Getting giddy just thinking about! This is some very cool technology that parents such as myself should indulge in. Why? ~ Because being able to control the viewing camera from the hand-held, monitoring unit allows you the ability to track baby even when they move around the crib in sleep or awake mood. This is very important if you choice to have your infant put themselves to sleep. As baby ages and gains the ability to roll and even crawl, having that moving, video capability helps you keep track of what is going on in the crib without having to walk into the room. Now honestly I was a rocking mom, but I still found this feature to be helpful as I did not want to rush into Mr. E’s room as soon as he awoke. I preferred to let him explore and babble, going in only when he was done or I felt was enough self-time. For either parenting style, this is surely the way to go. 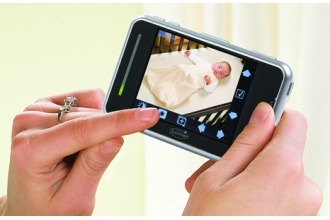 Then there is the talk back feature. While this technology is used more and more with various monitors, it is always something I look for. Oddly though I used it more when Mr. E became a toddler. Every once in awhile I would let him know mommy was here when he was a criber but as a toddler that two way communication became helpful during potty training and mischievous play arose. Allowing me the ability to say I on my way in the middle of the night, has drastically helped for night-time potty breaks. I also find myself saying, “I see you!” when he is being naughty during playtime as well. For some reason it really works. 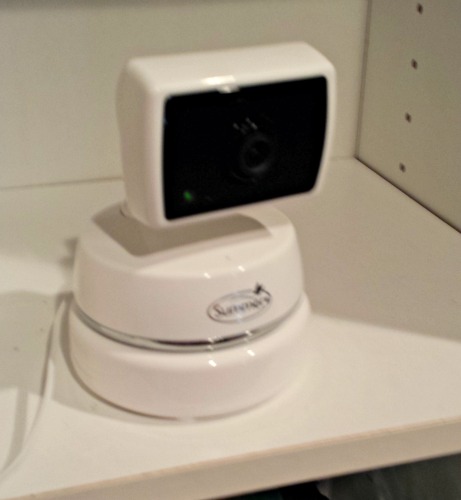 Finally the recharging base and battery… ahhhh!!!! The monitor dock was best kept at my desk and we manage to so far never end up with a dead battery situation. The base is not big at all and reminds me of a cellphone or iPad stand. It fits right in my overflowing techy themed office. It has become routine to remove the unit when I need to be in a different part of the house or even outside and then bring it right back to the base in my office when I am finished. Then we have the very green friendly rechargeable battery-powered dock for the camera which holds a 10 hour charge. We always kept ours plugged up, so this was never really a thought. How I would think that if you wanted to move it to a different room {aka playroom or living area} to watch baby without having to tote the plug as well, this would really come in handy.

The Summer Infant BabyTouch Color Video Monitor also has the capability of supporting up to 4 cameras. I can image you could achieve nearly full house monitoring with this system. It is great if you have stair-steps, this way you have monitor all of your children with one unit. Less costly and much easier this way! 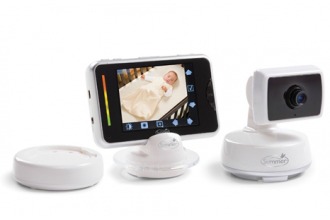 Giveaway ends July 19th at 11:59pm, open US, Canadian and APO/FPO residents, ages 18+. To enter please use the Rafflecopter form below. Good luck.