IF YOU’RE NOT READY TO GIVE UP EVERYTHING, YOU’VE ALREADY LOST

The only easy day was yesterday.  In the Bandito Brothers’ ACT OF VALOR, an elite military force, portrayed by active-duty U.S. Navy SEALs, carries out an impossible mission with insane courage and incredible teamwork in one of the most gripping and emotionally charged movies of the year.  A fictionalized account of real life Navy SEAL operation, ACT OF VALOR features a riveting story that takes audiences on an adrenaline-fueled, edge-of-their-seat journey.

When a mission to recover a kidnapped CIA operative unexpectedly results in the discovery of an imminent, terrifying global threat, an elite team of highly trained Navy SEALs must immediately embark on a heart-stopping secret operation, the outcome of which will determine the fate of us all.

In ACT OF VALOR  we are able to see a group of active-duty U.S. Navy SEALs lead its troops to victory.  In this feature we will take a look back at other military leaders in film who have led their men courageously, including Sergeant First Class William James (Jeremy Renner) in The Hurt Locker and Lt. Pete “Maverick” Mitchell (Tom Cruise) in Top Gun, all while giving the audience some eye-candy. 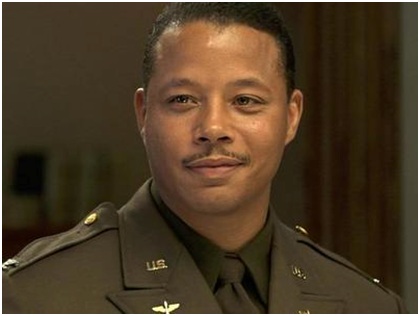 In Red Tails, Terrence Howard plays Colonel A.J. Bullard, one of the fearless leaders of the Tuskegee training program who has to fight for his pilots to be treated as equals against their White counterparts in the midst of World War II.  Through the guidance of Colonel Bullard, his men are able to participate in several successful operations, including escorting bomber crews without any major casualties.  The triumph of his men in their missions allowed Colonel Bullard to negotiate for his team to receive new planes instead of flying the worn-out aircrafts they were previously provided with. 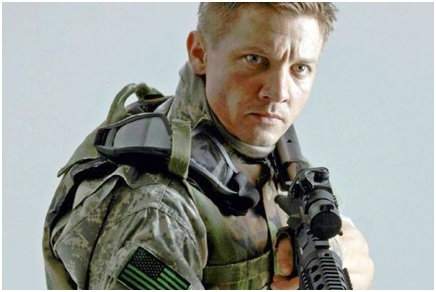 Sergeant First Class William James, played by Jeremy Renner in The Hurt Locker, is a war veteran who arrives as the new team lealer is the US Army’s Explosive Ordinance Disposal unit during the war in Iraq.  His main responsibilities lie in detonating bombs and disarming improvised explosive devices, otherwise known as IEDs.  Though his maverick methods and attitude clashes with those of his team members, James never leaves his team behind, including when one of them gets captured by the enemies.

In one of his more famous roles in his career, Tom Cruise plays Lt. Pete “Maverick” Mitchell in Top Gun, a young Naval aviator who gets sent to an elite US flying school, called Top Gun, for advanced fighter pilots but his reckless attitude annoys and impresses his instructors, one of whom he starts a relationship with.   When one of Maverick’s friend dies during a flight, Maverick becomes affected by it and he decides to return back to Top Gun after completing his program to become an instructor. 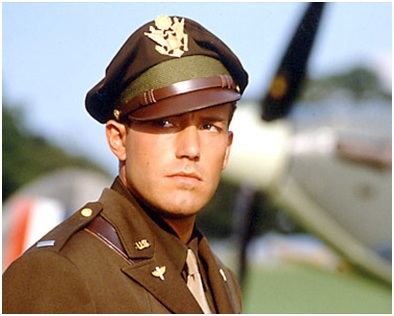 Directed by Michael Bay, Pearl Harbor stars Ben Affleck as Captain Rafe McCawley who along with his best friend, Danny Walker (played by Josh Hartnett) joins the US Army Air Corps.  In the midst of the second World War, McCawley volunteers to serve with the Royal Air Force’s Eagle Squadroms in England where his plane eventually gets shot down and his team presumes he is killed in action.  McCawley’s unexpected return forces him to realize that everything has changed while he was away – his best friend Danny is now dating his once-girlfriend and Japan has just bombed Pearl Harbor – bringing the US directly into the war. 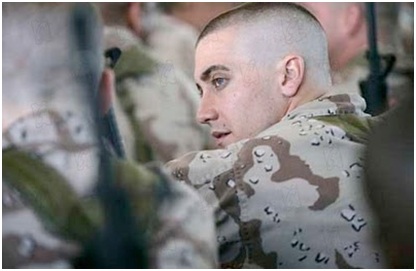 Based on former Marine Anthony Swofford’s best selling autobiographical book, Jarhead tells the story of Swofford’s pre-Desert Storm experience.  Swofford enlisted with the Marines in the late 1980s, going through boot camp where he was trained to become a sniper.  Swofford and his peers gets sent to Saudi Arabia in the front lines of battle under the heat of the blazing sun where their enemy can’t always be seen and combat only happens every so often against hours of sheer boredom. 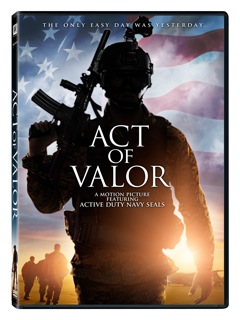 Giveaway ends June 8 at 11:59PM EST. Open to the US residents only; must be 18 years of age or older to enter.

Enter to win an Act of Valor DVD below using the rafflecopter form.

a Rafflecopter giveaway
Disclosure: I receive sample(s) free of charge from Mally for purpose of testing and review. My opinions are my own and may differ from those of your own. I am disclosing this in accordance with the Federal Trade Commission’s 16 CFR, Part 255: “Guides Concerning the Use of Endorsements and Testimonials in Advertising.” Please view our disclosure policy if you have any questions. Mom to Bed by 8 is not responsible for sponsor prize shipment.