With the fall season right around the corner, it is the perfect opportunity to take a family vacation. From coast to coast, there are several locations that serve as a prime destination for a family getaway.

A must-see attraction is Disneyland and spending 2 days in the amusement park is ideal. One day could be exhausting, particularly for families with multiple children. Additionally, fall season still boasts relatively heavy crowds at the parks. There is also Universal City and the California Adventure parks to explore.

Santa Monica beach is also a popular destination for families. Since the weather is beginning to cool, the sun will be pleasant to lie out in. The pier also has several roller coasters, carnival games, and fun shops for children to explore while overlooking the ocean.

To complete the trip in Los Angeles, families should take a tour of Hollywood and Universal Studios. There are several tour companies that offer city bus tours of Hollywood and its surrounding areas that make it convenient and easy to get around. 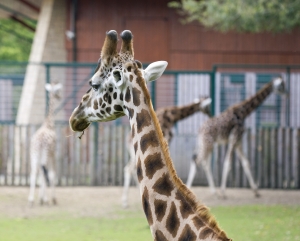 Phoenix may seem like an unconventional family destination, but the fall season is one of the best times to visit this Southwestern state.  The Grand Canyon is the must-see for all visitors. The rocks and canyons are sure to be unforgettable.

Within Phoenix itself, the zoo is an affordable attraction for families. There is the Safari Train that goes around the zoo, and visitors can see animals such as bobcats, stingrays, mountain lions, and a giraffe exhibit.

The Apache Trail in Phoenix is a historic trail and popular scenic drive among tourists. The trail boasts great scenic views, with various stops along the drive, such as a national monument and a ghost town. The ghost town even offers train rides, gold panning, and other family-friendly activities.

Like Los Angeles, Orlando has its very own Disney resort – Disneyworld. However, there are also a number of other parks that families may visit, including Universal Orlando and SeaWorld Orlando. Each park has its unique rides, games and small shows for children to interact with. In general, tour guides recommend spending 4-5 days if families are aiming to cover all the theme parks. Since summer is the parks’ peak season, fall would be ideal to avoid large crowds and lines.

If amusement parks are not enough, there is a large, 4-story Science Center that has many interactive exhibits and activities. For example, children can play around with physics and pull a car with just a rope, or experience what it is like to be in the middle of an earthquake. With activities that surround all aspects of science, there are an abundant number of things to learn from the Orlando Science Center.

New York City is a typical vacation getaway for many people across the U.S. and the world alike. While the city is filled with hustle and bustle around Times Square, there are several activities that are fit for families.

Central Park is beautiful during the fall season, right after the heat waves calm and the leaves turn color. Families can rent bikes or just take a walk in the large park and have brunch at the Central Park Boathouse. Along the perimeter of the Park, visitors can see shops, houses and museums that are widely visited in New York City, such as the Metropolitan museum.

Another option is to visit the High Line Park in Chelsea, where an old and unused railroad was converted into a beautiful, lush park. Then, head down towards Battery Park. From the park, visitors can see the Statue of Liberty from afar, or take a short boat ride to Ellis Island to visit Lady Liberty herself.

It is rare that someone will be bored when visiting the nation’s capital. Like New York, D.C. is a great time of the year to explore the capital before the winter season and after the summer season when hotel rates drop. The city has about 70 attractions, and most of them are free to visit.

At the Bureau of Engraving and Printing, visitors can see cash being printed. The Smithsonian, along with the Jefferson and Lincoln memorials, are classic sights to visit as well. The Museum of Natural History is great for the dinosaur lovers. For the families who enjoy walking, the National Mall spans for 2 miles from the Capitol itself to the Washington Monument.

Whether it is on the west or east coast, there are several locations for families to enjoy a fall vacation together. With brisk weather and great deals on hotels and flights, this season is great for planning a family trip together.

This guest post is brought to you by Kara Taylor, who is currently earning her hospitality degree in Chicago, and has a passion for travel.