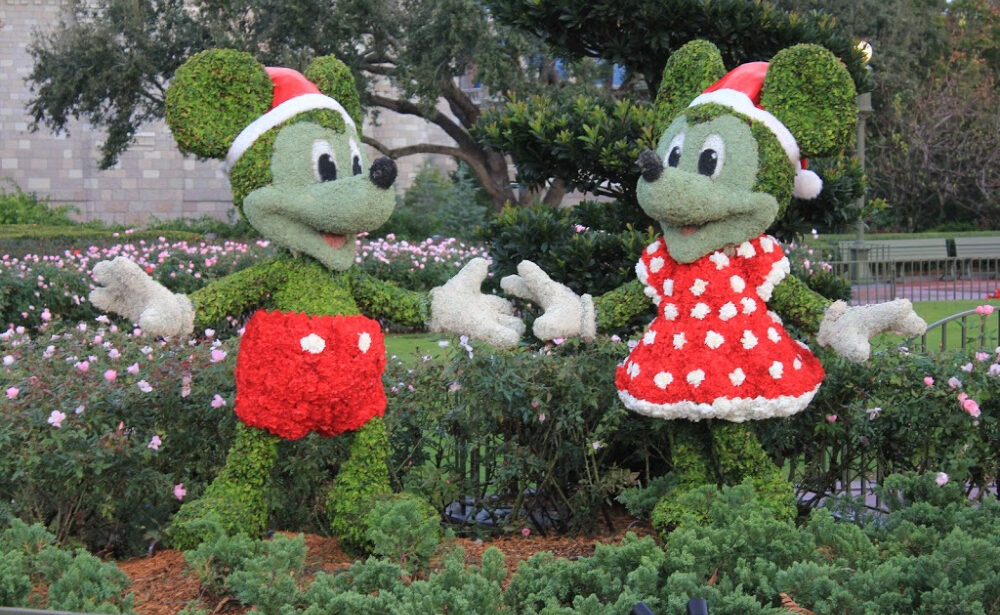 There’s so much to do and so many places to explore at Walt Disney World in Orlando Florida that you might not think you have time for anything else that if you plan your vacation around some of the special event you be treated to unique Disney experience.

The holidays offer a special opportunity for Walt Disney World events. You can participate in the holiday tradition candlelight celebration. It’s an event that held nightly at the American Gardens Theater in Epcot.

You get to hear the story of Christmas told by celebrity narrator accompanies by a 50 piece orchestra and a mass choir. It’s something to be remembered.

The Christmas holiday season also brings Festival of the Seasons to downtown Disney. This holiday is geared specifically towards the children with live entertainment and photo opportunities with Santa. There’s lights, a twinkling tree and special events.

St. Patrick’s Day and Halloween are two other special events that Disney does well. Mickey’s not so scary Halloween Party is held at the Magic Kingdom. Kids can dress up in their favorite costume and go trick-or-treating throughout the Magic Kingdom Park.

Sporting events also provide an opportunity for a special Disney experience. The Car Masters Weekend at downtown Disney is a Father’s Day weekend celebration. Events are dedicated to all things automotive, including Disney Pixar Cars, a car show with 150 vehicles, and an awards parade and ceremony.

If cars aren’t your thing, perhaps you prefer men’s basketball. The Old Spice Classic Division I Men’s Basketball Tournament can be found at the Disney’s ESPN Worldwide of Sports Complex. It’s a 12 game early-season Division I college tournament that takes place over the Thanksgiving weekend.

Finally, let’s not forget the many marathons that are held on the Disney property throughout the year. The Wine and Dine Half Marathon weekend allows runners to race through three theme parks and enjoy a private after hours party at Epcot. There is also the half marathon, a 5K and kid’s races to enjoy at this event, in early November.

The International Food and Wine Festival is held in the Epcot theme park between September 27 and November 11 and is a personal favorite. It’s a food and wine lover’s paradise that includes entertainment international food and beverage marketplace and dining extremes of a celebrity chefs. Let’s not forget the HGTV International Flower and Garden Festival that is held at the Epcot theme park. It features topiary display and an HGTV designer stage.

Walt Disney World has an abundance of festivals and celebrations. Find the one that interests you and schedule your vacation around that holiday or festival. Make the most of what Disney has to offer.

Giveaway open to Worldwide. Must be 18+ or have parents permission to enter. Only one entry per household allowed. Giveaway ends January 31, 2020. Visit Giveaway Terms & Conditions for additional details and rules.