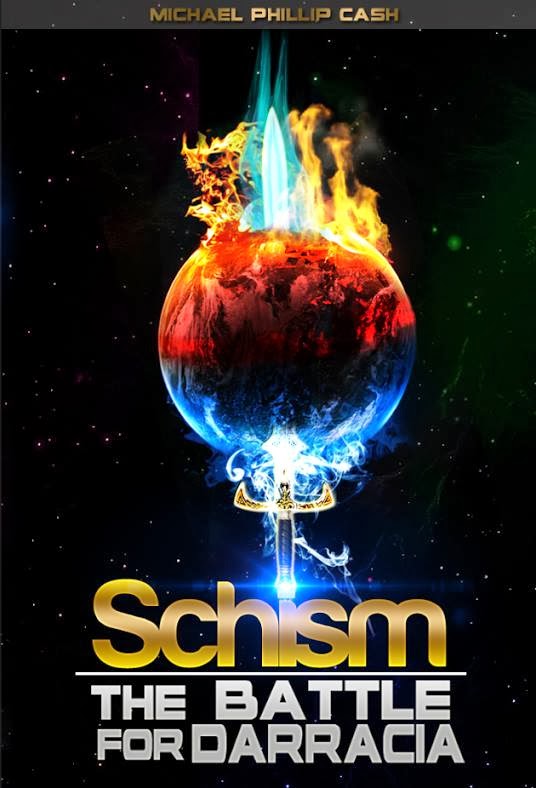 On the planet Darracia, an ever-widening social gap between its inhabitants is causing turmoil that is fracturing a once peaceful world. Struggling with his identity, nineteen year old Prince V’sair must harness the power of the elusive Fireblade, the secret to a warrior’s heart, in order to overcome his uncle Staf Nuen’s lust for supremacy. Will the energy of the Elements guide the young prince to his true destiny or will Staf Nuen conquer Darracia?

After the success of his first three books (Brood X, Stillwell, and The Hanging Tree) Michael Phillip Cash is fulfilling a dream and creating his own epic fantasy world. Schism: The Battle for Darracia is the first book in a planned series.

New age fantasy at it’s best. For active imaginations and those looking to explore in a brave new world.