This smartphone sports some of the latest features available on phones. Wifi Direct is a new standard similar to bluetooth but using Wifi protocols as the connection type. This allows much faster transfers and better range than bluetooth. This newer standard is becoming more popular as more devices are being used wirelessly. For example many new printers not only support network printing via Wifi but also support direct printing using Wifi Direct.

Samsung Transform Ultra on Boost mobile also supports the latest Wifi standards such as Wireless N which offer better range and throughput than traditional Wireless G. It also supports the 5ghz Wireless N frequency, this improves performance in crowded areas where many people using either Wireless G or N on the 2.4 Ghz may cause reduced performance the 5 Ghz band is used by less devices meaning less likely to cause interference with nearby Wifi networks and other 2.4 Ghz devices. 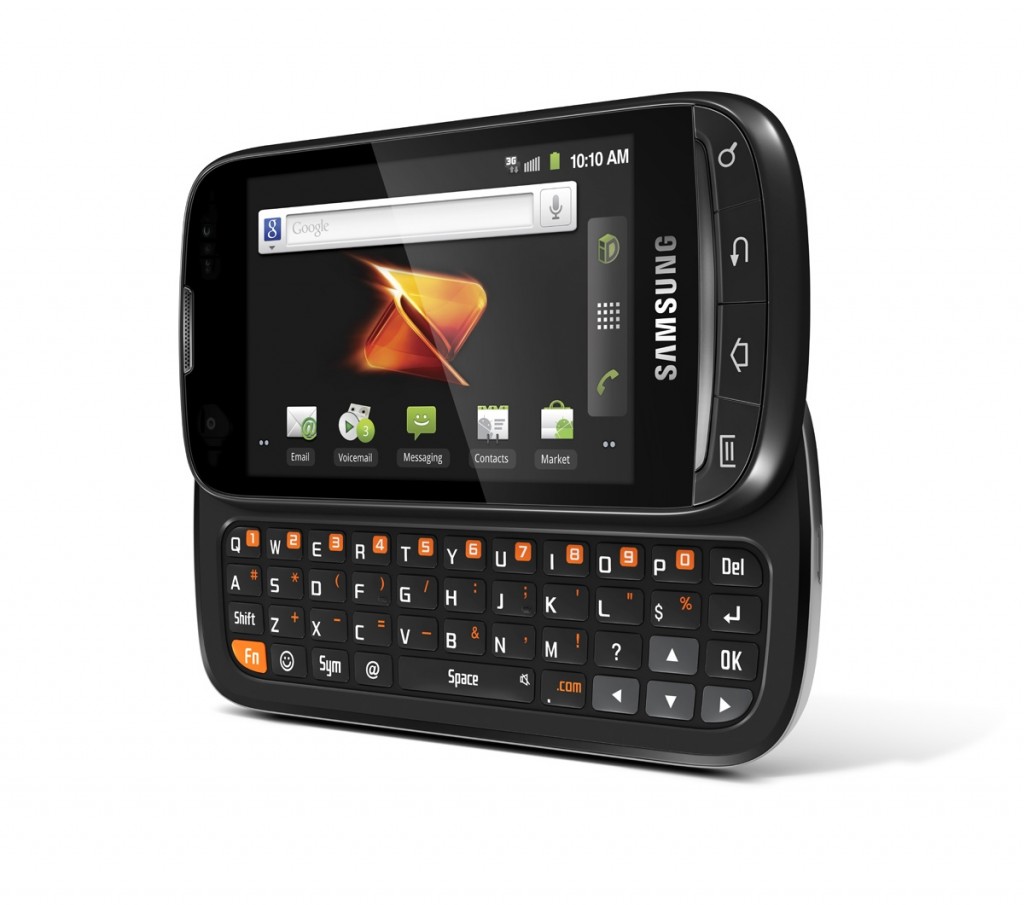 One of my person favorite features of the Transform Ultra on Boost mobile has been using the Android operating system. The Android OS provides a great user experience with the ability to customize almost every aspect of your phone. Along with great software such as Google Apps and the Android marketplace just about anything need you want you can find an app for.

Not only does this phone have a great keyboard, the keys on the front are done very well. The leys are just the right size not too small and not too big. They also fit perfectly with the look and style of the phone.

Overall The Transform Ultra on Boost mobile offered a much higher level of performance and features then I would have expected for the price. Screen quality is great, call quality couldn’t have been better. I never had any dropped calls while testing this phone and never had any data drop issues. I found the 3G speed to do extremely well pretty much everywhere I went.

If you’re looking at dropping your contract phone and going with a phone with no contracts this should be the first phone on your list to look at. With Boost Mobile’s great service and low pricing you just can lose. With Boost Mobile Unlimited plans for just $55 a month on this phone you get unlimited talk, text and web. Every 6 months you pay on time your plan drops $5. So after 18 months of good payment history your monthly bill would be down to $40 a month.

Boost Mobile, ranked Highest in Customer Service Performance and Purchase Experience among Non-Contract Wireless Providers by J.D. Power and Associates1, once again enhances its smartphone lineup of Android™ devices with the launch of the Samsung Transform™ Ultra. The Transform Ultra complements the existing Samsung Galaxy Prevail™, which in four months has become the best-selling no-contract smartphone in Samsung’s history. The Transform Ultra is the perfect device for the consumer who desires an Android touchscreen along with a text-friendly full QWERTY keypad.

“If you have been sitting on the sidelines considering no-contract plans or Android smartphones, it’s time to upgrade with the latest Samsung Android devices paired with the award-winning Boost Mobile plans and customer experience,” said Andre Smith, vice president-Boost Mobile. “The Transform Ultra device includes the innovativeMobileIDplatform, allowing customers to get a running start in exploring Android applications and widgets based on their personal interest.”

The Transform Ultra, powered by Android 2.3 Gingerbread, features access to Google Mobile™ services and more than 250,000 applications through Android Market. The device has a 1GHz processor, a 3MP rear-facing camera, and VGA front-facing camera for video chat while on the go.

The Transform Ultra is Boost’s first Android-powered smartphone to come preloaded with Mobile ID, an exclusive service from Boost that allows customers to download and install “ID packs.” The packs deliver a complete mobile experience, including applications, widgets, ringtones and wallpapers, in a couple simple clicks. ID packs are designed to meet a customer’s individual lifestyle or interests, such as sports, entertainment, fitness and music.

As only one example, the MTV Music pack is a complete music experience, bringing together the best music and pop culture apps, widgets and content on your Boost smartphone. The MTV Music pack gives customers access to the biggest stars and newest artists around the clock. Plus MTV has selected the best music apps to stream, download, identify, search and discover all your favorite music.

Other ID packs that can be loaded on the device include: E!, Socially Connected, Professional, Entertainment, Lo2Yo Latino, Lo2Yo Mujer and Lo2Yo Futbol.

Other Transform Ultra features include:

Samsung Transform Ultra is available now at Boost Mobile’s exclusive retail stores, select independent wireless dealer locations across the country and at www.boostmobile.com with free shipping. The Transform will be rolling out in select retails nationwide later this year.

Disclosure: I receive sample(s) free of charge from boost mobile for purpose of testing and review. My opinions are my own and may differ from those of your own. I am disclosing this in accordance with the Federal Trade Commission’s 16 CFR, Part 255: “Guides Concerning the Use of Endorsements and Testimonials in Advertising.” Please view our disclosure policy if you have any questions.