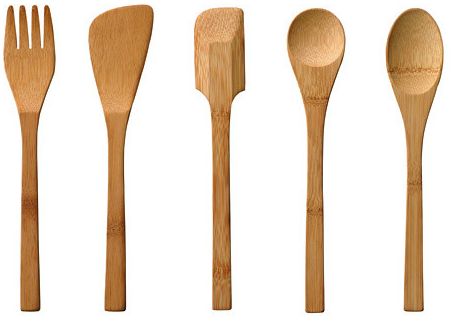 Many people have never taken the time to learn how to cook or how to stock a kitchen properly. Some homeowners who love to cook amass enormous collections of gadgets and appliances. This is not really necessary. An average cook can easily create a very wide selection of meals with only a few basic tools.

One of the most important tools in any kitchen is a knife. It is the primary tool used to prepare food of every type. Kitchen knives need to be sharp and easy to handle. Dull knives are more dangerous than sharp knives. A sharp automatic knife from BladeOps with a good grip will work just as well as a larger chef’s knife from a restaurant supplier. It is important to keep blades sharp and to learn good knife skills.

A simple two or four quart pan made from all metal is one of the most versatile tools in any kitchen. It can be used for braising, boiling and even frying when necessary. A metal pan can be placed in an oven. A four-quart pan is a good choice if only one pan can be purchased. It is really best to have a cast iron skillet in the kitchen as well. A four-quart pan and a cast iron skillet allow for nearly any type of traditional cooking.

There are hundreds of different cooking utensils from spring-loaded tongs to delicate spatulas for fish. The most versatile and commonly used utensil for cooking is a wooden spoon. The spoon will not damage the metal of a pan. Wood is also not a reactive material that could create off flavors. A wooden spoon can be used to whisk eggs, flip hamburgers and stir soup without any problems.

The reality is that a modern kitchen pantry usually contains a large number of cans. These cans are convenient and keep prepared ingredients fresh for a long time. It is difficult and sometimes impossible to open a can without a can opener. Keeping a can opener in the kitchen will make it possible to use cans of steamed tomatoes in sauces and to open premade cans of beans or vegetables.

The purpose of a colander is to separate food from liquids like water or stock. A colander is one of the most useful tools in the kitchen. They are commonly used to drain pasta or to hold vegetables like potatoes that have been boiled. It is best to choose a large colander that has small drainage holes. This is easier to clean and more versatile. Smaller handheld colanders are often a bad idea because they are hard to hold when attempting to empty a pot of boiling water.

The single most useful appliance for cooking in a kitchen is a food processor. Some cooks prefer a blender although the line between the two is slowly fading. A food processor allows a cook to quickly chop or grind food. It also mixes liquids and other ingredients together. Special attachments make it a good choice for mixing and kneading dough. Modern food processors are usually inexpensive and have a range of optional accessories available.