Pint-sized maestros are set to master their phonics skills with the brand-new Jamaroos Musical ABCs app! Developed by Iggy Learning, publisher of educational children’s books and mobile apps, Jamaroos Musical ABCs helps preschoolers get “in tune” with the fundamentals of reading through alphabet-based activities and an irresistible cast of musical feathered and furry characters combined with vibrant animation and effects from the founder of Reel FX Creative Studios (Free Birds). Designed for children ages 2 to 6, Jamaroos Musical ABCs is now available on the App Store℠, Google Play™ and Kindle Fire for Android™ for a special introductory price of $1.99 – and coming soon on NOOK by Barnes & Noble.

Jamaroos Musical ABCs brings to life a colorful menagerie of 26 animals – one for each letter of the alphabet – through enchanting animated musical performances. A medley of phonetic sounds, letters, words, stackable images, and music, plus loads of interactive touch points and zany sound effects, spring forth from the screen to jumpstart preschoolers’ reading and vocabulary skills and stimulate their imagination.

The new app is filled with hidden surprises and hundreds of opportunities for young users to tap, drag, swipe, and learn! Users simply drag each letter of the alphabet to the center of the stage to bring a different animal character – from Al the Alligator to Zap the Zebra – into the “spotlight” and start the show! Icons on the base of the stage reveal a variety of movable images that begin with the same letter as the character’s name. Kids can “unleash” additional alphabet characters, each complete with their own unique musical performance and corresponding words and sound effects, with the touch of a finger! 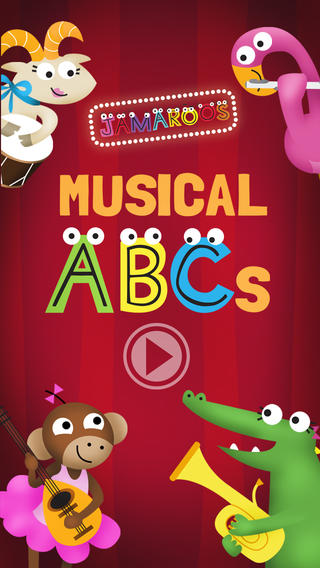 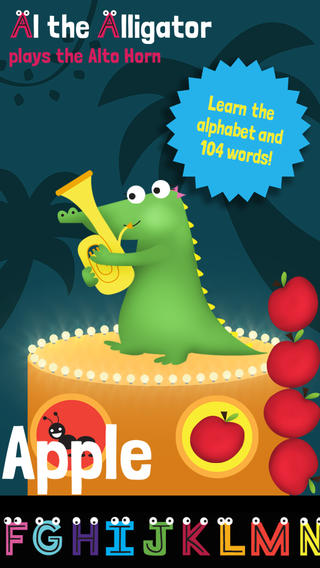 Among the dynamic features of Jamaroos Musical ABCs are:

Iggy Learning, LLC is a publisher of children’s books and educational mobile applications. The company is a collaboration between Reading Friends, a Fort Worth, TX-based preschool franchise founded in 1981 by Nancy Thompson Spencer, and award-winning animation and visual effects producer Dale Carman, founder and Executive Creative Director of Reel FX Creative Studios in Dallas, TX and Santa Monica, CA. Iggy Learning created the 26 Jamaroos Jungle friends to teach language skills and social skills to students in its Reading Friends preschool, which is known for its Alphabet Phonics Curriculum. Based on its success using the Jamaroos characters and their stories in the classroom, the company developed apps to provide a fun and entertaining learning experience for children everywhere. For more information about Iggy Learning and Jamaroos, visit: www.facebook.com/Jamaroos