Although some financial analysts suggest that smartphone insurance is expensive and unnecessary, research indicates that the popularity of such phones, and the ease of breaking them, makes insurance on the devices extremely important to consumers. Research indicates that 80 million cell phones of all varieties will be lost, stolen or damaged this year. 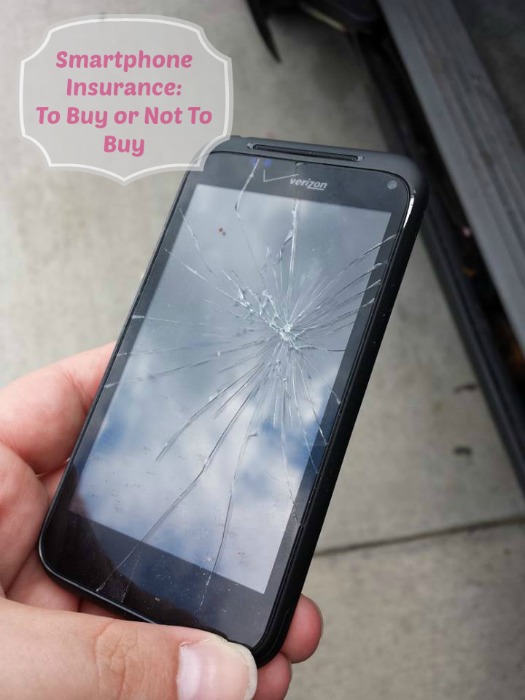 The biggest reason to invest in insurance on your smartphone is the cost of replacing the devices. For some consumers, the cost of purchasing the phone with a two-year agreement may be less than $100, or in the case of older versions of the phones, free. However, should something happen to the phone before the two-year contract period is up, replacing the same device could cost as much as $700. The average cost of insurance on a smartphone is between $120 and $200 per year.

Everyone has a story related to a damaged or lost smartphone, including those who placed a smartphone in their pocket, only to forget about it until they sat down and cracked the screen. There are those who have jumped in swimming pools or lakes, forgetting the cell phone in their pocket. There are even those who have dropped the phone in toilets. Smartphones are highly portable, but slippery, making them easy to drop, and many users have found that concrete is unforgiving when a smartphone meets it.

Damaged phones are not the only reason to invest in insurance for a smartphone. The Federal Communications Commition reports that as many as 40 percent of robberies in metropolitan areas involve the theft of cell phones. In addition, because consumers tend to place the devices on tables and bars while dining, they are easy targets for thieves.

Some experts say that consumers rarely think of how fragile a smartphone is, handling it as roughly as they handle their car keys, says one expert. With people living a much more mobile lifestyle, fragile cell phones are often a casualty as people drop them on concrete, in water or leave them behind at restaurants. With cell phone insurance, damage or loss is covered by the policy, although there is often a deductible. Some companies even offer coverage for iPods, iPads, Kindles and other handheld devices.

Although it is possible to self-insure your cell phone, which means should something happen to it, you absorb the entire cost of replacing the phone or other device. For many consumers, that cost is significant. It is important to look at insurance on electronic devices similar to insurance on your home or car, as it is unlikely you could replace the car or house out-of-pocket should either become damaged or stolen. Although the cost of a cell phone may be much less than a house or car, coming up with $600 or $700 to replace it may be just as difficult.

You can learn more about insurance for your smartphone or other electronic devices by visiting www.securranty.com.