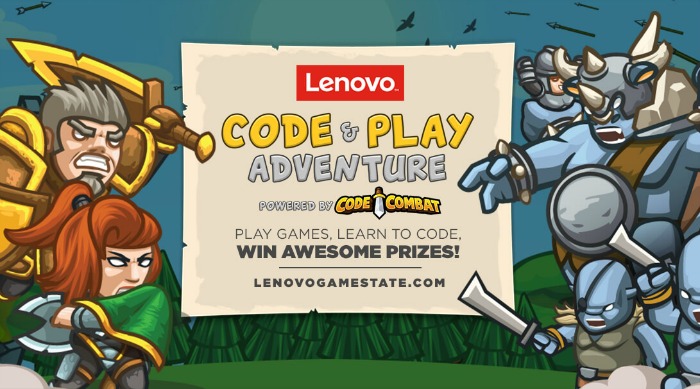 LenovoGameState.com – a free, online destination for kids ages 13 and up. The site lets kids become part of a Code & Play Adventure, powered by Code Combat, where they can learn to code by playing a game. The more they play and learn, the more chances they have to win Lenovo products and a $2,500 scholarship to a coding school or camp.

Kids play through three immersive worlds and 142 levels coding their way as they go and gaining the equivalent of a college course in computer science in the process, learning real-world programming skills and languages (Python, JavaScript, Lua and CoffeeScript).

Each level completed counts toward an additional entry, so the more kids Code & Play, the more chances they have to win $5,000 in prizes, including a $2,500 scholarship to a coding school or camp and Lenovo products. Register at LenovoGameState.com by March 31, 2017 when entry period for Grand Prize Drawing of $2,500 scholarship ends (see LenovoGameState.com/rules for more details).

Why kids should learn to code: