After horrible experiences in the hospital delivering my first three kids, the last being a failed attempt at a ‘natural’ hospital birth, I decided that with my fourth child, we were going to have a home birth. And I did. And the only people there were my oldest son, and my husband. There were no doctors, no midwives, no ambulance on call…. nothing.

Go ahead and ask me….. everyone does. 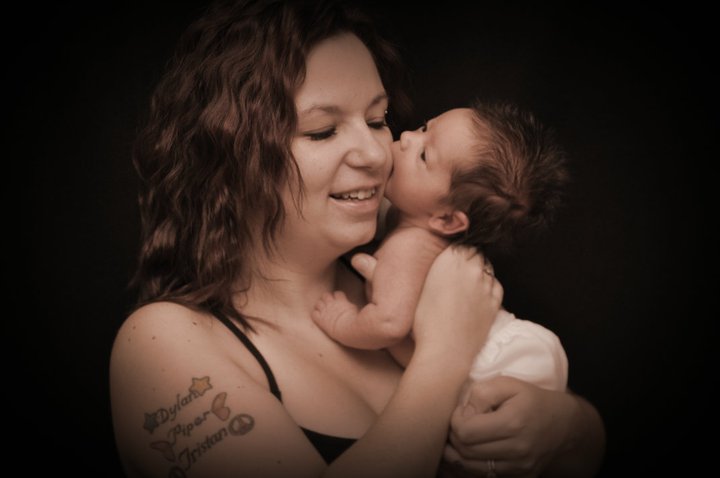 The answer is “Yes.” Yes, I did it on purpose. Why? My question is, “Why not?” Yeah, sure, back in the day when they used rabbits as pregnancy tests, and birthmarks were the sign of the devil, the death rate for childbirth was pretty high. But clearly, our knowledge on the subject has come a long way. But really, what is there to know about labor? How to push? You don’t need to know that. Your body already does. Even a woman in a coma could deliver a baby. I think that what it comes down to, is that most people are scared of the ‘what-ifs’. Part of the issue is that hospitals have made birth so medicalized, simply for the reason that they are trying to cover themselves in case something goes wrong, because they don’t want to be sued. Here are some examples:
You actually can eat during labor, and why wouldn’t you? At what other time would you do that much hard work without some nourishment to keep you strong? Sure, you might get a little nauseous around transition, or poop on the table when you deliver, but that might happen even if you stick to the customary ice chips. Hospitals don’t want you to eat because they are afraid of the adverse effects it might have in the extremely slim chance that you have to be put under for an emergency C-section.
You don’t have to deliver a baby within 24 hours of your water breaking. Yes, it is true that the risk of infection goes up significantly around that time. At home, if your water breaks, and you haven’t gone in to full blown labor, you keep an eye on your body temp to make sure you aren’t getting a fever (which would show that an infection is present), and you down Vitamin C like it’s going out of style. If you are in the hospital and your water has been broken for an extended amount of time, they can NOT force you to have a C-Section for that reason. You can refuse it, and you know what they will do? Give you antibiotics in your IV.
There is so much more to this…. vaginally delivering a breech baby, VBACs, Group B Strep, I could go on and on with this…
I think one of the most popular questions I get besides the ones I listed above, relate to pain. “Didn’t it hurt?” “Why wouldn’t you want to get drugs?” Here’s the thing: Pain stems from fear. If you take the time to educate yourself… and I don’t just mean read What to Expect When You’re Expecting, I mean REALLY educate yourself on what birth is like, what it will feel like, how to cope with it, what is ‘normal’, and what can mean trouble, there is nothing to be afraid of. And when you aren’t scared about if that last really hard contraction you had was your uterus imploding on itself, because you know that it’s just the contractions getting harder, you are much more at ease and it’s much easier to just focus, and let your body do it’s thing. 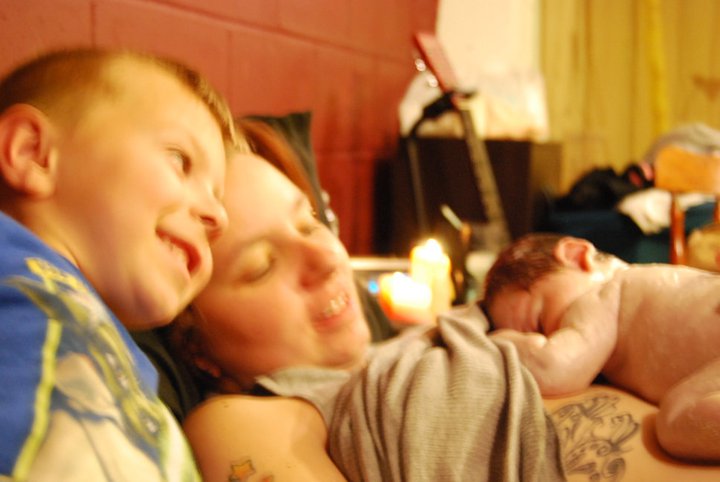 When I decided that I wanted to have a home birth, I originally wanted a midwife there. But in Iowa, where I live, there is a sort of catch-22. The only midwives covered by insurance are ‘certified nurse midwives’ which are often referred to in the natural birthing community as ‘med-wives’. The reason being because generally, it is an office of midwives that work under the supervision of your typical OBGYN. This means that they have to follow the rules of their practice, and due to medical liability, can not deliver out of the hospital. So, for a home birth in Iowa, your only option is a “lay” midwife (or direct entry midwife), which is what the stereo typical midwife is. She’s someone who has been taught by another midwife, and has no certifications by the medical world. The issue with this, is that because lawmakers refuse to see lay midwives as medical professionals in their own rite, they can’t get any sort of certification, thus, they could actually get sued for attending a birth as a caregiver. So, that makes them a little hard to find, unless you know the right people. Luckily, I did know a few, and they asked around for me. I got in contact with a few midwives, and got a shocker…. $3-5,000 for a midwife to attend a home birth. Now, I’m not saying it’s outrageous to charge that, but I am saying that there is no way I could afford it, especially since most of the time it has to be paid in full by the time you go into labor. And that’s when I got to thinking… I’ve already had three kids, I’ve attended the births of plenty of my friends, I’m the one they ask for advice, and when they don’t want to call their doc at 3 AM because something weird is happening, they call me. Why can’t I just deliver my own baby?
So, I spent the last half of my pregnancy researching, asking questions of people who had already been through a home birth, watching home births on youtube, reading birth stories, researching what could go wrong, what to do about it, and when you REALLY had to go to the hospital. I was prepared to deal with 20+ hours of labor, because the other three had taken that long. But on November 8th, 2010, my little boy made his appearance into the world after only 6 hours of labor. (And wouldn’t you know, his cord was wrapped around his neck. You know what we did? Unwrapped it.) And afterwards, when Arick handed him to me, we laid there and fell asleep as a family. There was no whisking around for checking this and checking that…. nothing. Just us. And then when we got up, we weighed him, he ate for the first time, and then we took a bath together. If you’d like to read the full birth story, you can find it on my blog. 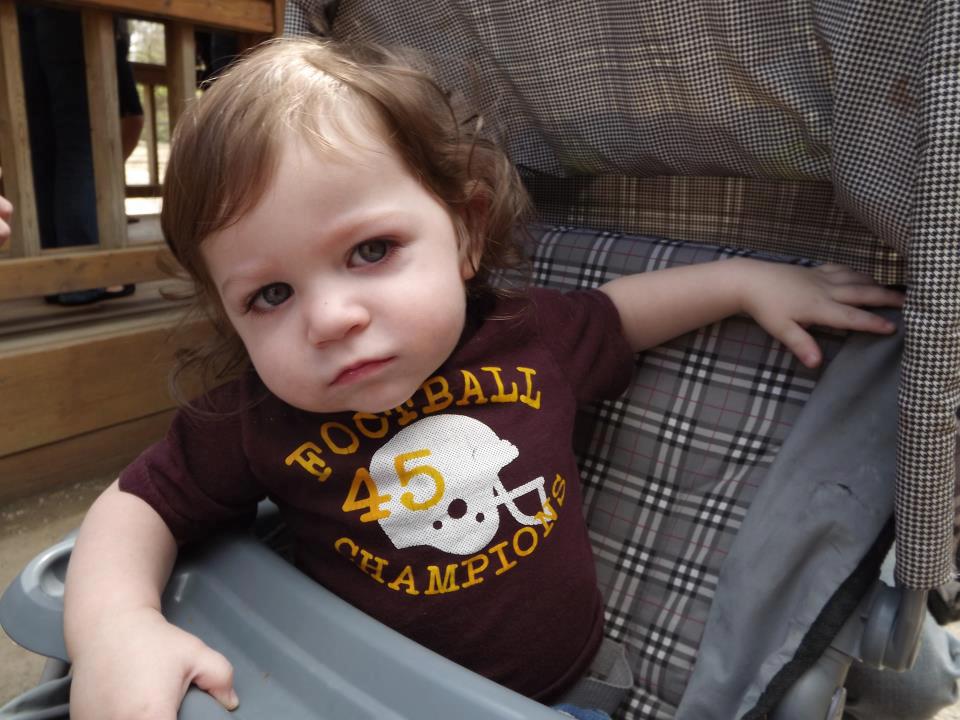 I’m not one of ‘those’ people. I’m not what people refer to as ‘crunchy’. I don’t cloth diaper unless I’m out of diapers and can’t get to the store, I don’t buy organic unless it’s on sale or I have a coupon, I don’t wear my baby 24-7, and I didn’t even breastfeed any of my kids past 5 months. I’m a normal mom that likes breaks from her kids, can’t go to the bathroom alone, uses my spit to clean a pacifier that was dropped on the ground, and puts my kids in front of the TV when I need a few minutes to get something done. My point? It doesn’t take a certain kind of person to be able to have a home birth, or even an unassisted one. Anyone can do it.
My door is always open, and pregnancy and birth are some of my favorite topics. If you have questions about anything, I would be glad to share my knowledge. You can find my contact info over at My Husband Ate All My Ice Cream!
Guest Post by Heather Reese