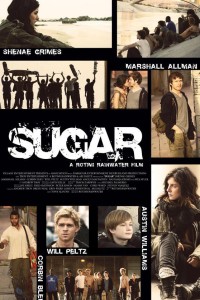 Want to see 90210 star Shenae Grimes in a dramatic leading role? Check out the latest movie by executive producer Elliott Broidy called “Sugar”. Shenae’s leading role takes her to Venice Beach, California where she ends up making lasting relationships with other homeless teens. Elliot Broidy’s Sugar is inspired by real events and has goals to educate people on homelessness in America.

Originally conceived as a way to change lives and help thousands of homeless youths beat the odds, “Sugar” has become a dream come true for the movie’s director, Rotimi Rainwater. Based on a nightmare he experienced, the film mirrors Rainwater’s life on the streets after leaving the U.S. Navy.

Want more? Watch the trailer below!