Most of the world’s population relates a UFO as suspected alien spacecrafts. Do they exist? Who am I to say no? There are dozens of unexplained occurrences in our history as human beings. So the possibility of little green men flying from plant to plant ogling is perhaps small but yet it is still there.

Do I claim to have ever seen a UFO? – NO, WAY! This does not mean that I am going to call any educated, sane UFO believer a liar when they say that they have in fact spotted what appears to be an alien craft of sorts.

The first well-known UFO sighting occurred in 1947, when businessman Kenneth Arnold claimed to see a group of nine high-speed objects near Mount Rainier in Washington while flying his small plane. Arnold estimated the speed of the crescent-shaped objects as several thousand miles per hour and said they moved “like saucers skipping on water.” In the newspaper report that followed, it was mistakenly stated that the objects were saucer-shaped, hence the term flying saucer.

~ Information obtained from History Of Ufos 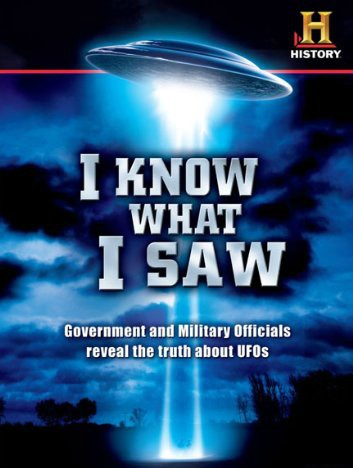 I think most of us can remember the Roswell sighting talks and even if you are from a younger generation, various TV shows even now relate back to this sighting for reference and even proof for their topic. Even the History Channel profited from their “I Know What I Saw” series.

According to the UFO FACT SHEET from the United States Department of Defense,

There is no central office or activity in the Department of the Navy assigned the mission of collecting and maintaining information on UFO phenomenon, paranormal activity, and/or similar incidents.

However, from 1947 to 1969, the U.S. Air Force investigated reported UFO objects and sightings under Project Blue Book.

Now that sounds like the government at least took the possibility of a UFO sighting very seriously at one time. The fact that they did and have not publicly since, leaves even more uncertainty. Of course if we had an issue with visitors from another planet, it would be buried to ensure calm in the population. If the news channel reported the US Gov’t is investigating a possible alien visit, the world would go in panic and why cause mass hysteria.

So are UFO another example of government don’t ask, don’t tell. It’s classified!