Are you a crime show fan? Ever dreamed of engaging in a high-profile hunt for the bad guy? Well, we have and got to go deep into the world of forensic science at the CSI: The Experience at MGM Grand, Las Vegas. The experience was one that opens the eyes of children and adults alike in a interactive atmosphere to find solve one of three crimes. 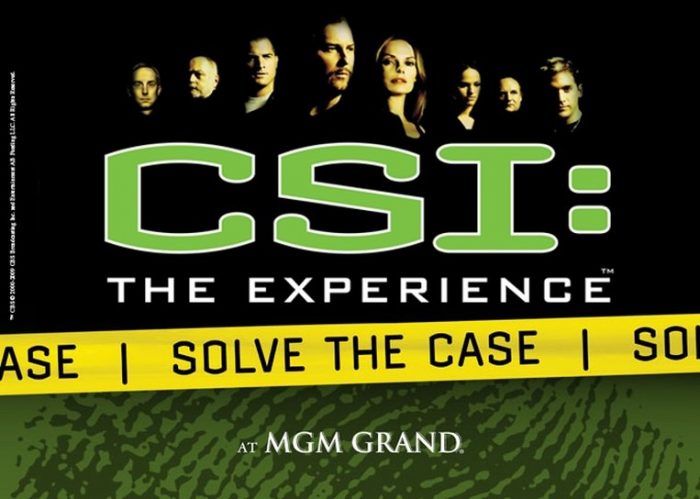 What is CSI: The Experience

CSI: The Experience is an immersive, interactive forensic science exhibit related to the hit TV series that invites guests of all ages to use true science to solve hypothetical crimes in an happening, multi-media environment. The exhibit was developed by the Fort Worth Museum of Science and History and Bob Weis Design Island Associates, with support from CBS Consumer Products, the cast and crew of the television show, and the National Science Foundation. The exhibit is accessible in English and Spanish.

When we first entered the Briefing Theater to watch a fast-paced introduction of the exhibit and what to expect on a giant flat-screen TV narrated by Anthony E. Zuiker, the creator of CSI: Crime Scene Investigation. He greets you and shares what inspired him to create the TV show and then Ron Singer, a professional forensic scientist , will briefly explains the science to be found in the exhibit.

Sounds like fun hua? Not really but then the video moves on to CSI’s lead investigator, Gil Grissom introduceing himself as your (yes your) very own CSI supervisor. Upon issuing the lead challenge: “Keep an open mind,” and “Remember, the dead can’t speak for themselves. Listen to what the evidence is saying.” the crowd begins to stir with excitement and we seen the interest spark in our pre-teens’ eyes.

Once the video came to an end, we were allowed to begin an intriguing journey to solve a crime mystery by entering our crime scene, “A House Collided” where a car has run through the living room window of a house in a quiet suburb. Que the gasps as we were confronted what resembled a real-life crime scene for the first time ever. 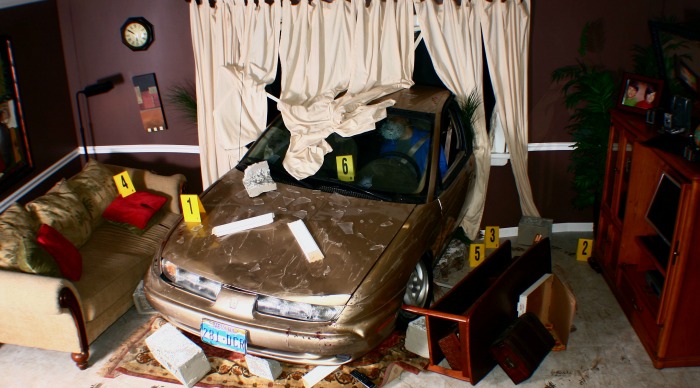 A few things we noticed immediately was a man with his seatbelt on, dead and he is slumped over. The windshield is shattered and the car door is shut leaving the impression that it was possible he just ran through the house. Drink driver, maybe? Heart attack, maybe? Foul play, more than likely since we of course are in the mist of our first CSI: The Experience investigation.

Upon further investigation, we noted the facts of the crime scene in the living room,. There are muddy shoeprints not typically of an accidental car accident, drops of blood and a stain near a sofa which lead me to believe maybe someone else was in the car or just belonging to the victim in the house.

A few more details like pizza box is open with pepperoni pizza spilled on the floor, a beer bottle is by the car door, and a hand print of blood which could have been pizza sauce is found on the car hood. At first look, I was sure we had a classic case of impaired driver. Of course, first thoughts can always be wrong.

Time To Begin Our Investigation

After exiting the CSI: The Experience crime scene, we were shown a large wall of crime scene photos and clues that some of us (we most of us) missed. The it was time to begin analyzing the evidence presented in our very own interactive lab areas, which featured the classic forensic science stations to test the evidence. Now you are talking about fun. 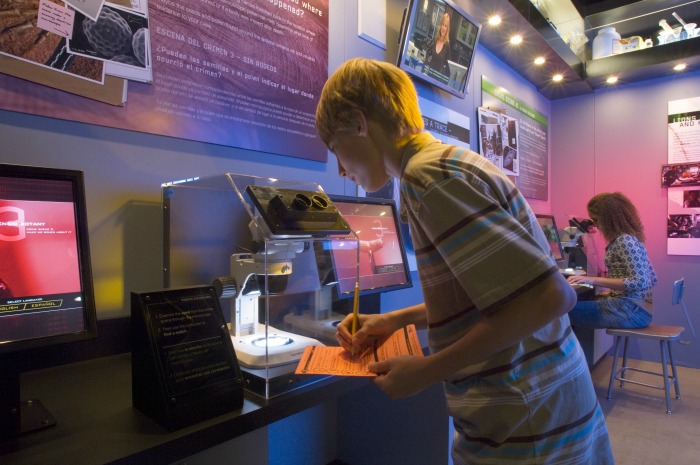 As a family, we tested, compared and even argued the facts of the case including comparing the fingerprints found of the victim to those in evidence, we got to examine blood spatter patterns from the scene (and others), observe the shoes of the victim and the tracks found in the room. Then even compared fibers on the victim’s clothes with fibers in the room, analyze the victim’s blood-alcohol level (which remember I suspected was the cause), compare DNA of the victim and eventually after much time in the room, discover the cause of death. Well, or least what you think is the cause of death. Keep in mind we are not pros here by far.

Here lies our moment of truth, the one where we will find out if our work is proven correct or if we missed something along the way. We bated breaths, we presented our findings in the office of Gil Grissom, talk about feeling like you are back in school and need the approval of the hardest professor in the entire school. 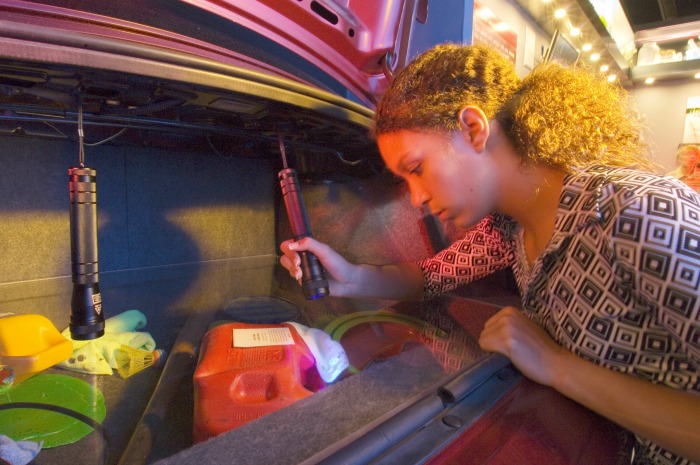 As a group, we had to answer a series of multiple choice questions, all which were based on the scientific findings we personally came up with on touch screens in the office area. After completing these questions, we finally received our feedback from Grissom and if we cracked the case!

I won’t spoil it for you with what we final decisions we made and if they were right or wrong. This would completely ruin the experience. However, I will say that when you visit always remember his first words, “Keep an open mind,” and “Remember, the dead can’t speak for themselves. Listen to what the evidence is saying.”

Have you been to CSI: The Experience in Las Vegas or the traveling show in previous years? How was your experience? Did you solve the crime?

For a limited time they are offering free admission to kids 10 & under. Up to an 82% savings! For every two free child admissions there must be one full price adult ticket purchased.