GPS tracking is technology which has been around for many years. It was first used in 1978 and was used primarily for military applications. Nowadays, this type of technology is used by people in many different positions. For example, a GPS tracker is often used to rescue hikers who have become lost or to monitor the position of business vehicles. Another such example is that of concerned parent of teens. These parents have found that tracking technology in a cell phone can provide many benefits when it comes to keeping their kids safe. 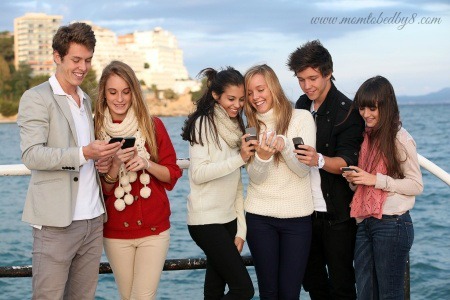 The use of GPS tracking on cell phones began when cell phone companies recognized the popularity of GPS technology. As the use of personal navigation units increased, it was a logical progress for cell phone manufacturers to use the trilateration abilities of cell phone technology in order to use the cell phones as tracking devices. While there are some questions relating to the ethics of tracking people without their permission, many parents are finding that they can give their teens a greater sense of freedom without relinquishing their feelings of parental concern.

#1 Many providers of cell phone GPS tracking technology offer specific plans which can provide parents with information such as where the teen is, how fast they are moving, and the direction in which they are moving. For parents whose teens have displayed behavior problems or who are at risk of being abducted or of running away, this technology gives them a way to monitor the whereabouts of their son or daughter.

#2 Cell phone coverage is improving constantly. Whether the teen is in an area covered by trees or is in a building where GPS coverage is often lost, the use of a cell phone is often still likely. Cell phone signals extend to many areas where other forms of technology begin to have troubles. Other forms of GPS might be helpful when you want to travel from one location to another, but when it comes to tracking the specific location of a teen, the cell phone GPS tracking technology is more effective and dependable.

#3 Teens already want and have cell phones. One statistic shows that about 7 out of 10 teens has a cell phone and the age of phone carrying children is getting lower. You can save a bit of money by not needing to buy a separate GPS device. Your teen will be motivated to keep the technology with them. You can use the same technology to communicate with your teen which you are using to monitor their activity. Hopefully, as your teen knows about the tracking abilities, he or she will think twice before heading into a dangerous situation.

#4 If your teen gets lost or finds themselves in trouble, you can easily locate them to provide assistance. Not too long ago, two teenage girls had car trouble on a dark freeway. Concerned about being alone and trying to find help, they phoned their dad. Unfortunately, they did not know where they were and couldn’t see any of the identifying freeway signs.  What they did have, however, was a GPS tracker on their cell phone and with that their dad was able to find them and get them safely home.

Whether or not you choose to tell your teen about the GPS tracker will be an issue you need to address, but there is no doubt that the use of the technology can be very beneficial for parents and for teens.