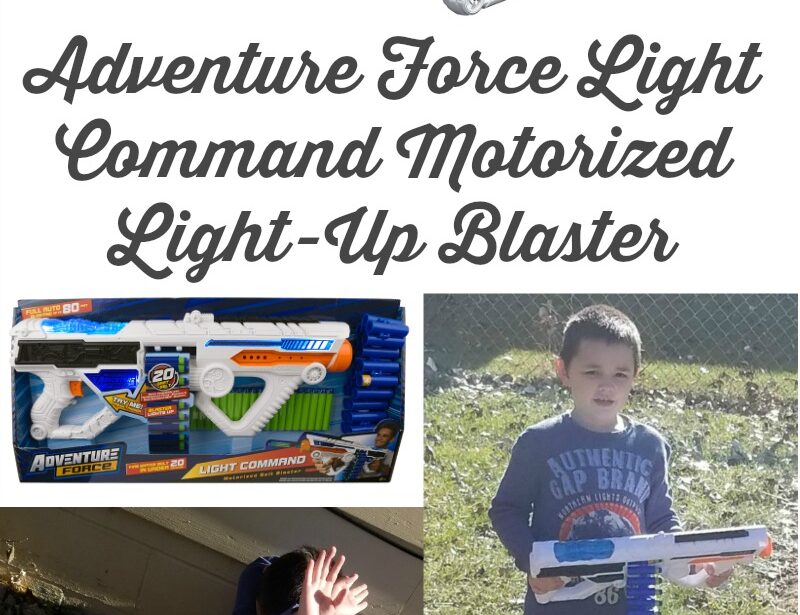 While toy gun play is one of those subjects where parents will always disagree, we embrace the play as boys will be boys. After all a curiosity of guns is common and not necessary a bad thing. As parents, we actually find that gun play with all of my children is a active pastime that they all enjoy and get in exercise along the way.

Not to mention, we are able to teach lessons like never point a gun at anyone in anger or malice. Even life lessons of realism in handling a gun properly. While they are still so young and see toy guns as a fun way to create outdoor game scenarios, we know that heart is full of fun and not something terrifying.

With the holiday season upon us, both of our sons still request a variety of toy guns including a selection from Dart Zone and Adventure Force. They especially like the unique ability of the Adventure Force Light Command Motorized Light-Up Blaster which not only shoots foam bullets in a motorized fashion but also displays a series of very cool lights!

This unit is a Wal-Mart Exclusive for ages 8+ and was FEATURED IN WALMART’S TOP RATED BY KIDS TOY LIST! I have to agree it is a very cool toy to play with. Even dad had some fun blasting everyone from around corners. Seriously, no fair! lol 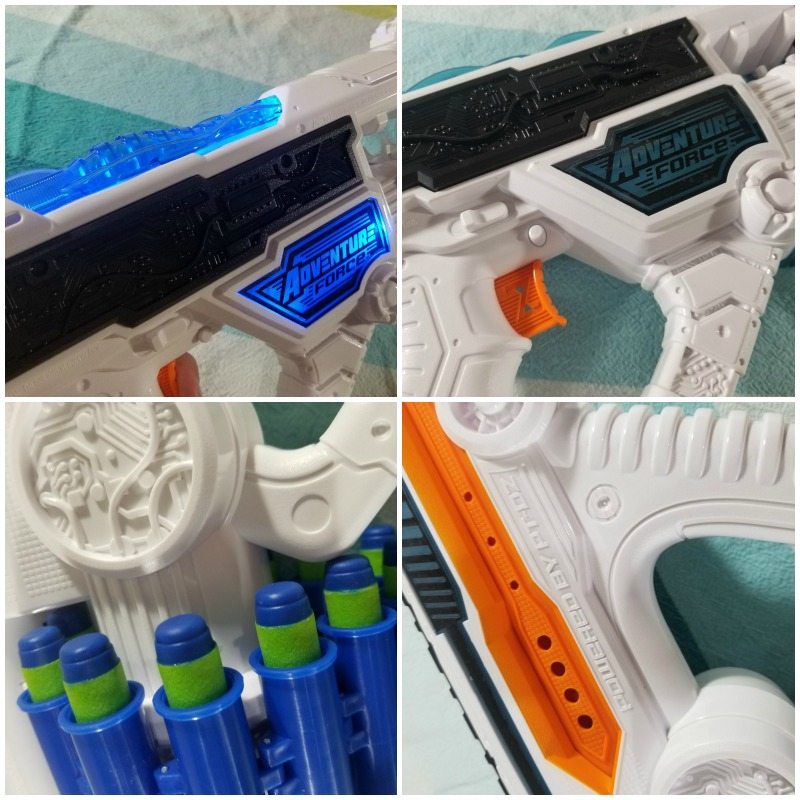 With the Adventure Force Light Command Motorized Light-Up Blaster you can light up your opponents with the featured ILLUMINATED BLAST PANELS and watch them flee as the automatic blaster features a 20-dart belt that fires the entire belt under 20 seconds projecting darts up to 80 feet. 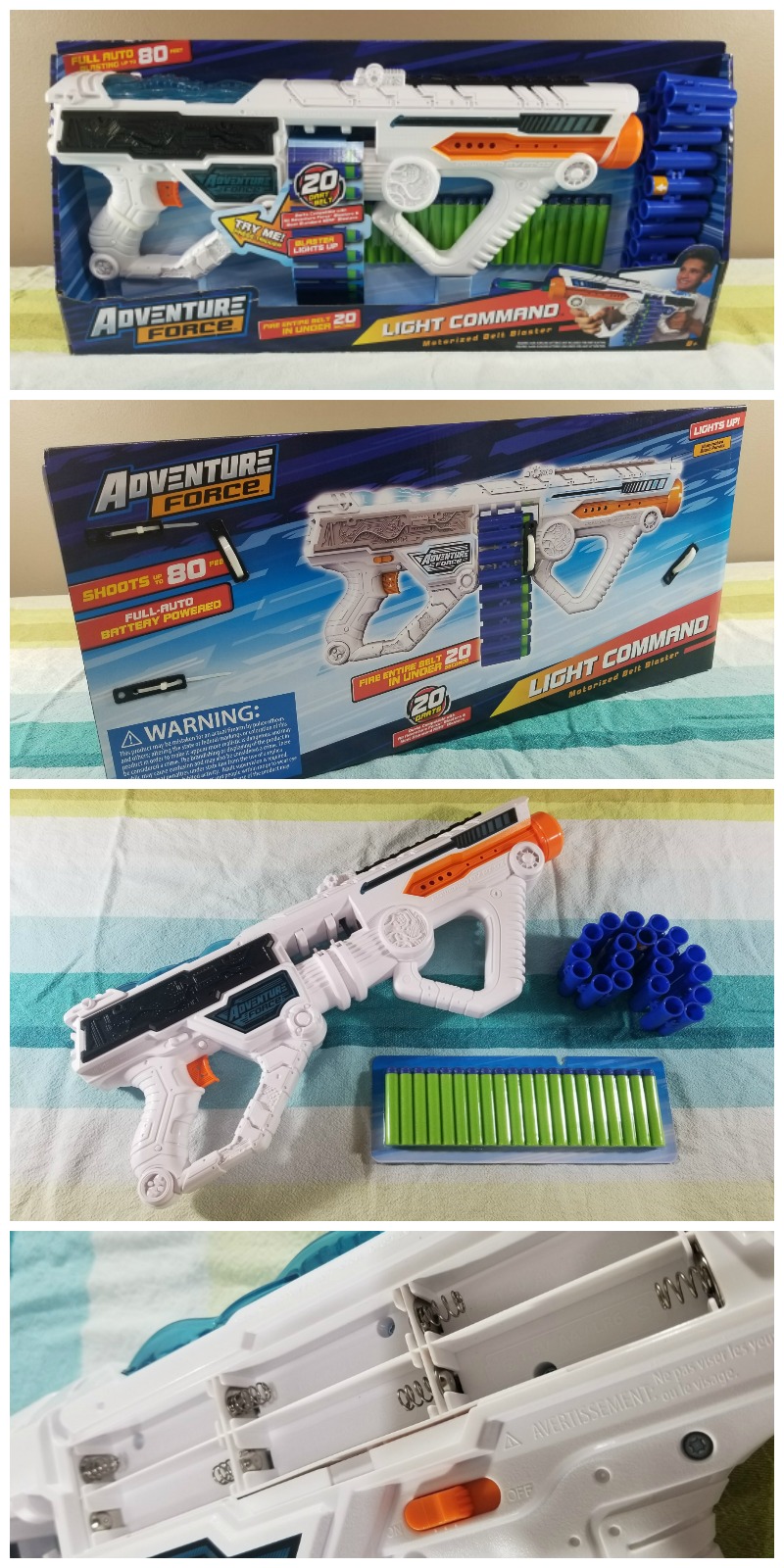 We own many pieces from Dart Zone and Adventure Force and over the years have realized these suckers are tough! My boys play rough, they run, fall, drop and sadly even throw things. The Light Command Motorized Light-Up Blaster is no different.

The only downfall we found was the insane number of batteries we needed to get it up and going (6 AA batteries not included). So be sure to have a supply on hand before opening presents on Christmas morning!

Get your Adventure Force Light Command Motorized Light-Up Blaster for $19.97 from Walmart.com.