Mexicans know how to express the joy of living.  Beautiful spices, delicious hand-rolled burritos, and a long steeped history of traditions and cultures that celebrate the family and life, make up the colour and verve of the traditional Mexican festival. Mexican festivals are riotous events of pure fun. There are festivals all year round in Mexico, go online and check it out to find your favourite one.

This Mexican holiday falls on the 5th of May to commemorate the victory of 1862, when the heavily outnumbered Mexican soldiers preserved the democratically elected government against the invading French. The holiday is celebrated in both Mexico and the United States, particularly in areas with a large Mexican-American population.  It is a celebration of independence, liberty and freedom.  The victory remains a great source of national pride. The event is marked with street parades, mariachi music performances and festivals in the streets.

On the 16th of September every year the Mexicans really go to town to celebrate their independence from Spanish rule. The atmosphere is one of triumph and celebration. Back in 1810, Father Hidalgo and a group of fellow conspirators rang the bell of his small church to herald everyone into the fight for liberty. This bell ringing is re-enacted in every plaza all over Mexico. Flags can be seen waving from every structure and lighted decorations fill the streets. Independence Day is Mexico’s biggest fiesta and everyone, from the youngest to the most aged, joins in the celebrations. 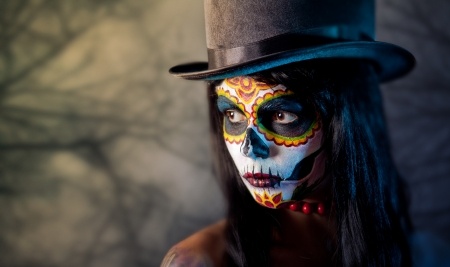 This translates into the Day of the Dead, but Los Dias de Los Muertos is a Mexican celebration of life as well as death. It is held on November 1st and 2nd and is the time when Mexicans can honour the spirits of their ancestors. Spirits of children are thought to return at this time. Colourful altars are constructed and laden with food and decorations. Cemeteries are covered with fresh flowers and paper mache sculptures depicting the dead are made and paraded. Through enjoying music and feasting the Mexicans embrace the totality of life and death.

Las Posados celebrates the journey taken by Joseph and Mary as they searched for a place to rest in Bethlehem. It is held over 9 nights and starts on December 16th. Candlelight processions give reverence to the long journey of Joseph and Mary. Processions are led by a man and woman playing the parts of Joseph and Mary. The 3 kings and the shepherds are also in attendance, followed by beautiful children dressed as angels. Others carry candles, paper lanterns and banners. This truly is a beautiful festival. There are festive parties held everywhere and the event culminates in a grand party where food is served.

This is a music festival that celebrates the Virgin Mary. Held in early February, a stunning image of the Virgin is floated down the river. This is followed by 3 days of traditional Veracruz style music and dancing.