Many parents today worry about their kids getting involved with illicit drugs such as cocaine, heroin and methamphetamines. While these drugs are still very prevalent among teenagers and adults alike, gateway drugs such as cigarettes, alcohol, marijuana, salvia and prescription pain killers should pose just as much of a concern. A gateway drug is one that leads an individual into using harsher, more addictive drugs. Kids start with drugs such as cigarettes and marijuana, which may seem innocent to some, and eventually begin to experiment with harsher drugs that provide a stronger, longer lasting high.

Marijuana has become so common that many states are trying to legalize it. This will make it even more prevalent and will give an increasing number of adolescents access to it. The Journal of the American Medical Association has conducted numerous studies to determine the harmful effects of marijuana and the likelihood that it will lead to more illicit drugs. On a recent study among twins, those who experimented with and used marijuana by the age of 17 were 2 to 5 times more likely to become dependent on harsher drugs and alcohol than their siblings who abstained from smoking marijuana. While many argue that marijuana is harmless and adults have smoked it for years without progressing to other drugs, the risk of children using it as a gateway drug is all too common and not one that parents should gamble with.

Alcohol may not seem like a drug but it is indeed. A tolerance to it will grow after regular consumption and dependence is likely as well, especially if it is consumed in excess on a regular basis. Many teens start by drinking alcohol and then search for other substances to combine it with. Drinking alcohol combined with marijuana and prescription pills provides a sedative effect that many teenagers seem to crave. This combination is not only harmful to the body but can be lethal as well. 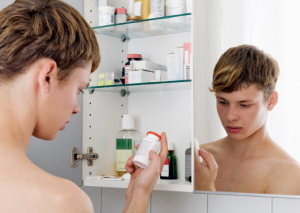 Prescription drugs have recently become the drug of choice for adolescents and adults alike. They are available freely in medicine cabinets around the world and most parents don’t see these drugs as a danger. The reality is that doctors everywhere prescribe these drugs at the slightest hint of pain and, often times, without the patient requesting them. Some of the more common prescription drugs that are prevalent among teens are Vicodin, Percocet, Valium and Xanax.

Parents will continue to read this and many will doubt that their child will ever become involved with drugs. Never underestimate the power of peer pressure and always keep a watchful eye on your child’s behavior, demeanor, appearance and overall attitude. Stopping it before it’s too late is key and that means taking a proactive approach. If you feel your child may be using drugs, don’t be afraid to drug test him or her and gain peace of mind. If they aren’t, they will gladly take it. If they are hesitant, be concerned and investigate further.

Lyndsi Decker is a full-time student and part-time freelance writer. Currently she is promoting http://addictionwatch.com/treatment/. Lyndsi lives in Colorado with her husband and their dog Boo.