Boon’s new MODSTER sippy cup is now available at Target. This little guy is scary cute, and we think your little guy (or girl) will think so too! So, we are asking you to share a photo of your Fearless Drinker making his (or her) MODSTER face and you will be entered for a chance to win $100 in Boon Feeding Products. There is just one thing you should be scared about – that you’ll miss this awesome opportunity, which ends March 31! So head over to http://bit.ly/boonfearless and enter your little one’s modster face today!

Have the pick of the Modster litter and choose between green and orange. This little guy holds 7 oz and has a soft spout for those new to the sippy cup world. And unlike the potential for a big spill with a regular cup, we can tell you there’s nothing scary about our leak resistant spouts. $7.49 each, at Target. 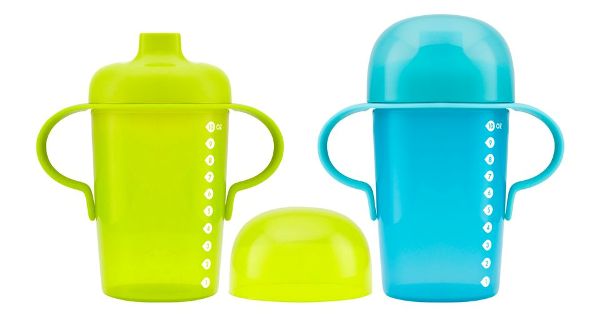 Let your child SIP like a VIP. SIP’s unique silicone valve system helps keep fluids where they belong. SIP comes with a firm spout for advanced stages. The handles, lids, and valves are interchangeable between sizes so mom never has to worry about digging through a drawer of sippy parts while your kid is throwing a dehydration tantrum. 2pk $12.99 at Target. 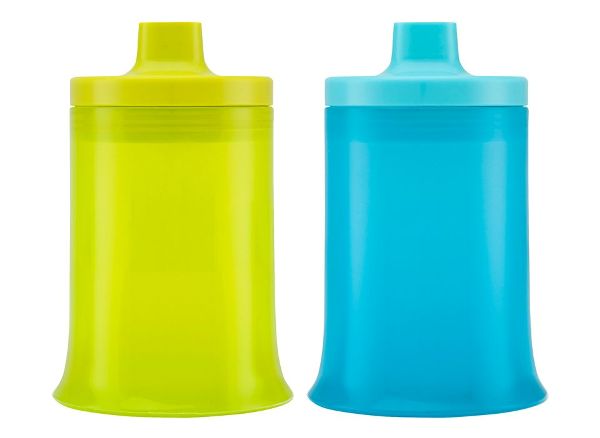 Two going on twenty? If your child thinks they need the big-kid cup tonight instead of the sippy, then be ready with Boon’s STOUT cup. STOUT allows your child to easily transition from leak-resistant sippy cup to regular cup. Simply remove the leak resistant lid and ta-da! Your child now has a big-kid cup with a wide base to prevent tipping. Child is happy, mom is happy, and a meltdown is avoided! 2pk $10.99 at Target.